Woman steps onto plane wing due to heat, gets banned from airline | Inquirer News

Woman steps onto plane wing due to heat, gets banned from airline 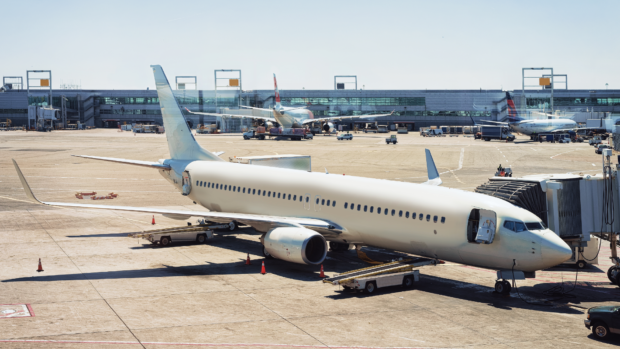 An airline banned a woman from future flights after she opened a plane’s emergency exit and climbed onto its wing on Aug. 31.

The mother stepped onto the wing when the aircraft landed in Kiev, Ukraine, complaining that she was feeling “too hot.” The woman came from Antalya, Turkey, with her husband and two kids, as per The Sun last Tuesday, Sept. 1.

An Instagram page (@boryspilchany) dedicated to the Ukrainian city Boryspil later posted a video of the woman on the wing.

The video showed her reentering the plane through the emergency exit while the airport staff appeared to talk to her from the ground.

A fellow passenger said that almost everyone had disembarked from the aircraft when she stepped onto the wing, the Evening Standard reported.

“She walked almost all the way from the tail to the emergency exit row, opened the door and went out,” the passenger said.

Her two kids had already deplaned as well when they saw her on the wing.

Upon seeing the woman, the pilot called for an ambulance, police and border guards. According to the report, the woman had already gotten back to safety inside the plane when they arrived.

Authorities later confirmed that she was not under the influence of alcohol or drugs after running a test on her.

Following the incident, Ukraine International Airlines (UIA) has blacklisted and banned her from future flights with them. They stressed in a statement that she had “illegally opened the emergency exit” of the aircraft.

“The passenger was blacklisted for gross violation of aviation safety rules and behavior on board,” it explained.

UIA pointed out that police and doctors failed to get “an adequate response” for the breach, as per report. It also described her action as “dubious” and accused her of setting a poor “parental example.”

Along with banning her from future flights, the airline has also demanded that the woman be fined with an “exceptionally high financial penalty.” Ryan Arcadio /ra