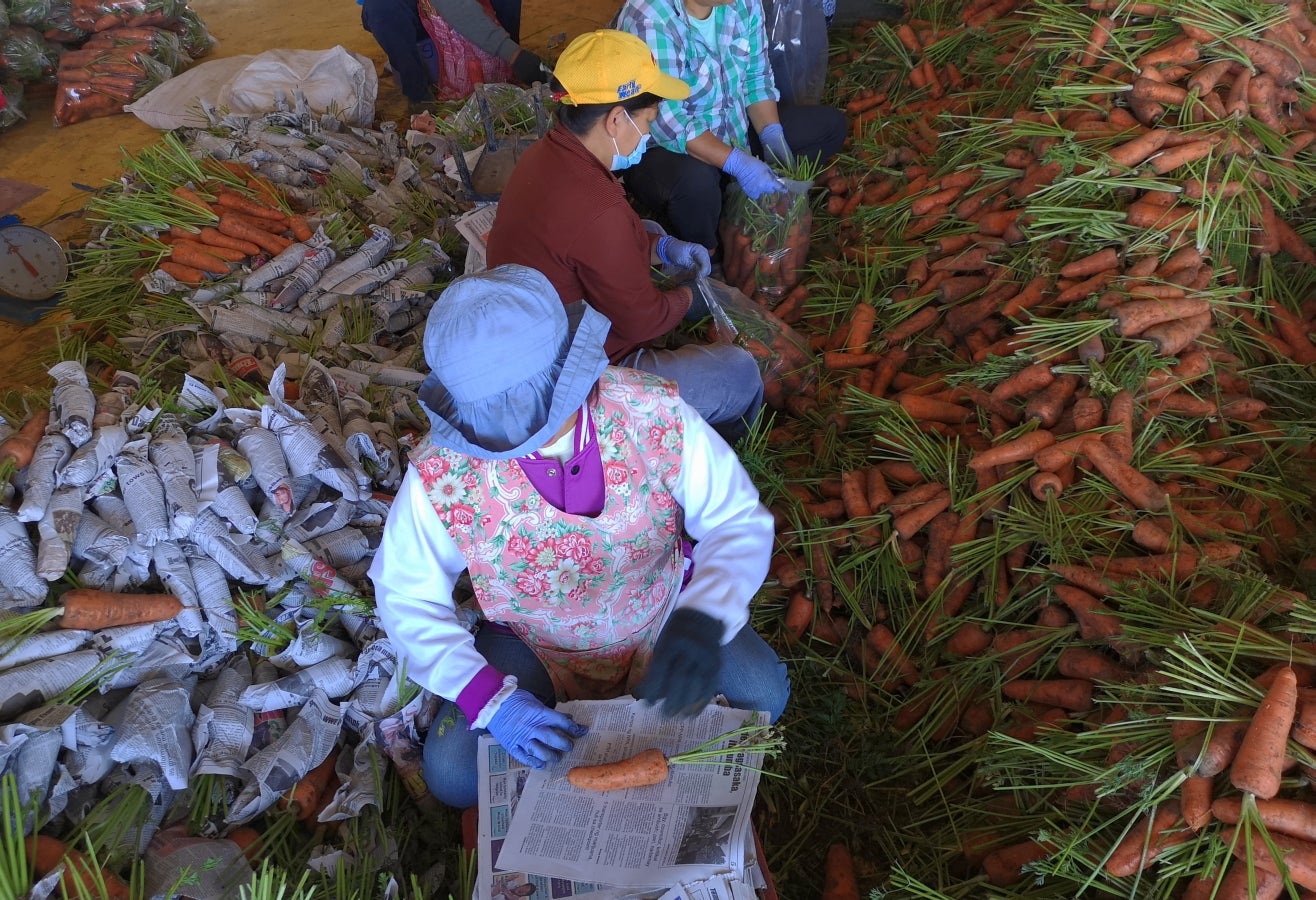 Traders pack carrots for shipping to Manila from a trading post in La Trinidad, capital of Benguet province. EV ESPIRITU

LA TRINIDAD, Benguet—Travel restrictions, which control the schedule of deliveries of vegetable to trading centers here, have been lifted by the provincial government amid complaints aired on social media.

According to Gov Melchor Diclas on Wednesday (Sept. 2), farmers had been urging the provincial government to let them transport vegetables—carrots, cauliflower, cabbage and beans—on a daily basis because their harvests are perishable.

The delivery schedules disrupted vegetable trade in most Benguet towns, as well as vegetable-producing gardens in Bauko town in Mountain Province, Tinoc town in Ifugao province and Kayapa town in Nueva Vizcaya.

These communities sell their produce at La Trinidad, Benguet’s capital town, from where truckers deliver vegetables to Manila.

Salda said maintaining rules on physical distancing in the trading centers has been made difficult by the influx of vehicles and farmers. Unsold vegetables, which are abandoned in the trading posts, have also become a nuisance for the municipality, he said.

Farmers attributed the slide in prices of cabbage in August to the shipping schedule, Diclas said.

But cabbage prices dropped because Metro Manila was under a modified enhanced community quarantine which slowed down vegetable transport there, said Delinia Juan of the Office of the Provincial Agriculturist.

Diclas said he consulted the province’s mayors about his decision during a Provincial Inter-Agency Task Force meeting on Wednesday. Salda and Juan were among the officials at the meeting who wanted to keep the delivery schedules.