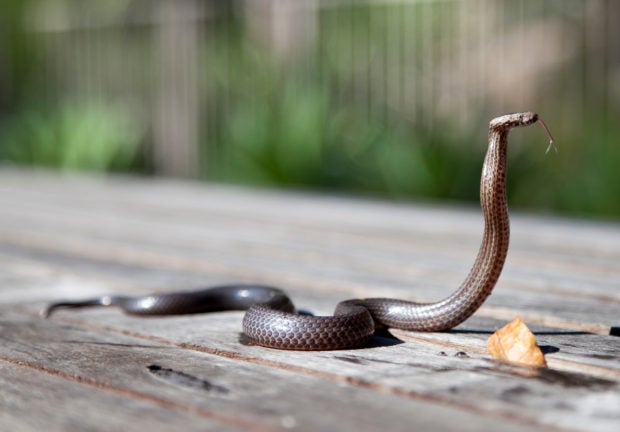 Doctors surgically removed a 4-foot-long snake from inside a woman after it slithered into her mouth while she was asleep.

The animal managed to get inside the woman’s mouth (name withheld) as she slept in the yard of her home in Levashi, Russia, as per Daily Mail yesterday, Aug. 31. Following the incident, the woman was brought to a hospital.

Medical workers then placed her under general anesthesia as they prepared to remove the snake. Footage of the procedure shows a doctor inserting a black tube into the woman’s throat while she lay unconscious on an operating table.

Seconds later, the tube managed to latch on to the snake, which the doctor pulled out with the help of a female colleague. After extracting the whole reptile from the woman, the medical staff placed it inside a plastic tub.

How long the snake had stayed inside the lady and whether it was still alive during the operation is unclear, as per report.

The ministry of health in Dagestan, which covers Levashi, has not commented on the incident. Locals also noted that while it is uncommon, snakes do sneak into the mouths of people asleep outside.

People who have also experienced the same incident have complained of “something alive” inside them after a snake managed to slip through their mouths too, according to the report.

Meanwhile, others speculate that the animal was a parasite or giant worm. However, the report pointed out that it appeared too large to be a parasite. Ryan Arcadio/JB