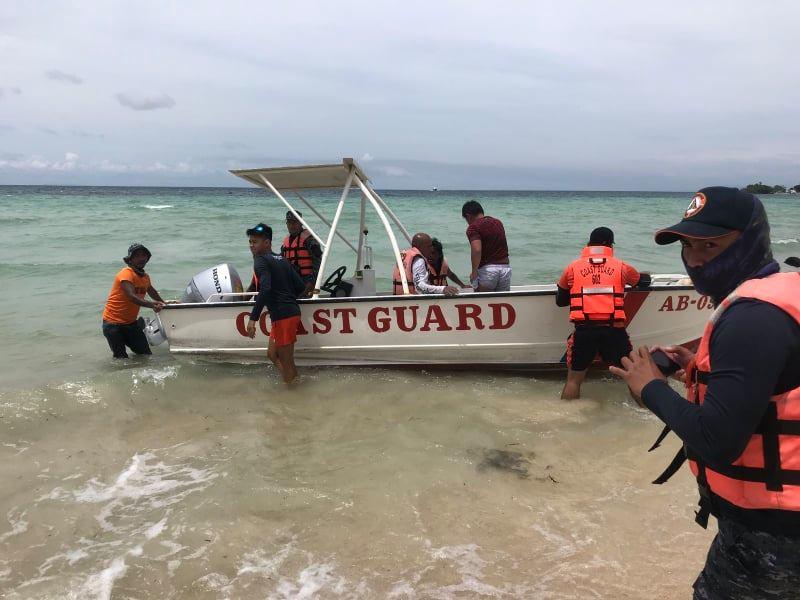 The Philippine Coast Guard (PCG) rescued four fishermen off the coast of Camotes Islands in Cebu after their motor banca capsized due to huge waves on Sunday. (Photo courtesy of PCG-Cebu Station)

CEBU CITY –– Four fishermen were rescued off the coast of Camotes Islands in Cebu after their motor banca capsized due to huge waves on Sunday.

One of the fishermen swam towards the nearest island for about two hours while three others stayed adrift for almost 24 hours.

The four went fishing at around 1:20 p.m. on August 30 at the seas between Danao City and Camotes Island.

PCG scoured the seas near Camotes and later on found the floating survivors at around 10:31 a.m. some one nautical mile off Barangay Santiago in San Francisco.

“All of the rescued persons are now safe and in good physical condition,” said the PCG report.

The rescued fishermen were identified as Kim Estrera, 21; Eugen Estrera, 39; Roldan Alcantara, 29; and Alan Binsig, 49—all residents of Mandaue City.