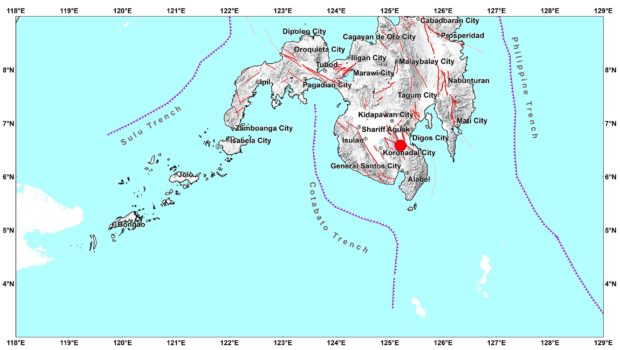 Phivolcs tracked the earthquake’s epicenter 8 kilometers southwest of Kiblawan town, with a depth of 18 kilometers.

No major damage has been reported following the tremor, but netizens posted alarm on social media portals, fearing the recurrence of the series of strong earthquakes felt here in October and December last year.

The National Grid Corporation of the Philippines advised the public that transmission services remained normal and that the Mindanao grid remained intact.