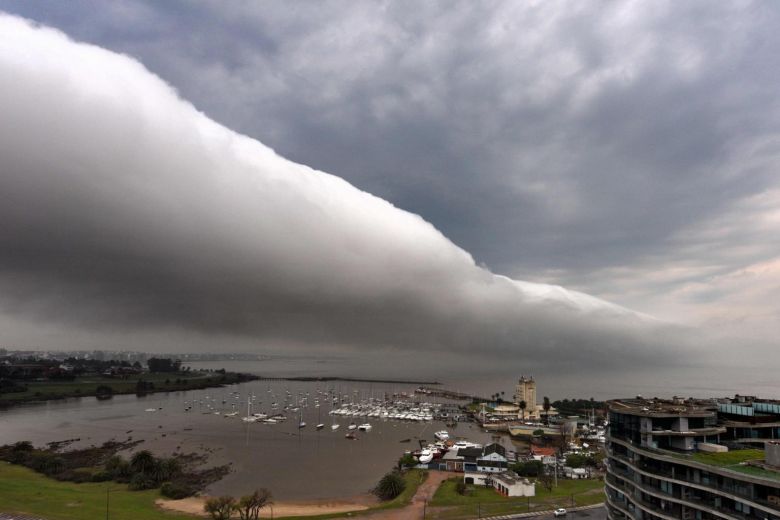 Geneva, Switzerland — Global temperatures boosted by climate change will still be higher than usual despite the cooling effect of a La Nina weather phenomenon expected to develop in the coming months, the UN said Thursday.

The World Meteorological Organization (WMO) said there was a 60 percent chance of a La Nina event between September and November.

But WMO chief Petteri Taalas warned in a statement that “even if a La Nina event does develop, its cooling signal will not be enough to counterbalance the impact of human-induced climate change.”

“2020 remains on track to be one of the warmest years on record, with much extreme weather ranging from scorching temperatures and wildfires to devastating floods and marine heatwaves,” he said.

“This is largely the result of greenhouse gases rather than naturally occurring climate drivers.”

La Nina is considered the stormy sister of El Nino, which occurs every two to seven years, when the prevailing trade winds that circulate surface water in the tropical Pacific start to weaken.

El Nino, which has a major influence on weather and climate patterns and associated hazards such as heavy rains, floods and drought, has a warming influence on global temperatures, whilst La Nina tends to have the opposite effect.

The last La Nina, which was brief and rather weak, began developing in November 2017 and ended in April 2018, the WMO said, adding that the one expected this year should also be weak.

Taking into account La Nina and other regional climate influences, it said there was an elevated likelihood of below-normal seasonal rainfall in the Horn of Africa and Southern Africa, as well as across the western and southern Pacific and across central North America.

On the flip-side, it said there were elevated probabilities of more than normal rainfall across south and southeast Asia and parts of Australia.

Thursday’s announcement came as monster Category 4 Hurricane Laura slammed into the southern US state of Louisiana, a couple of months into what appears to be one of the busiest Atlantic hurricane seasons on record.

A WMO spokeswoman said Thursday that “El Nino tends to depress hurricane activity. So the absence of an El Nino this year has contributed to an active hurricane season.”