Tells police she lent pickup to someone 2 weeks ago
By: Nikka G. Valenzuela - Reporter / @NikkaINQ
Philippine Daily Inquirer / 04:50 AM August 28, 2020

The owner of the vehicle that was reportedly involved in a hit-and-run accident which left a 23-year-old nurse dead surrendered to the Manila Police District (MPD) on Thursday afternoon.

Sauda Bacaye, who was accompanied by her lawyer, went to the police headquarters to admit that she was the owner of the black pickup that fled after it hit Renz Jayson Perez at the corner of Padre Burgos and Maria Orosa Streets in Manila on Sunday night.

William delos Santos, Bacaye’s lawyer, told reporters that she did not know her vehicle had been in an accident since she lent it two weeks ago to a person she did not identify.

“We will not give any statement at this time but rest assured that we will cooperate in settling the matter,” Delos Santos said.

The police, however, said that being the owner, Bacaye could still be held liable. 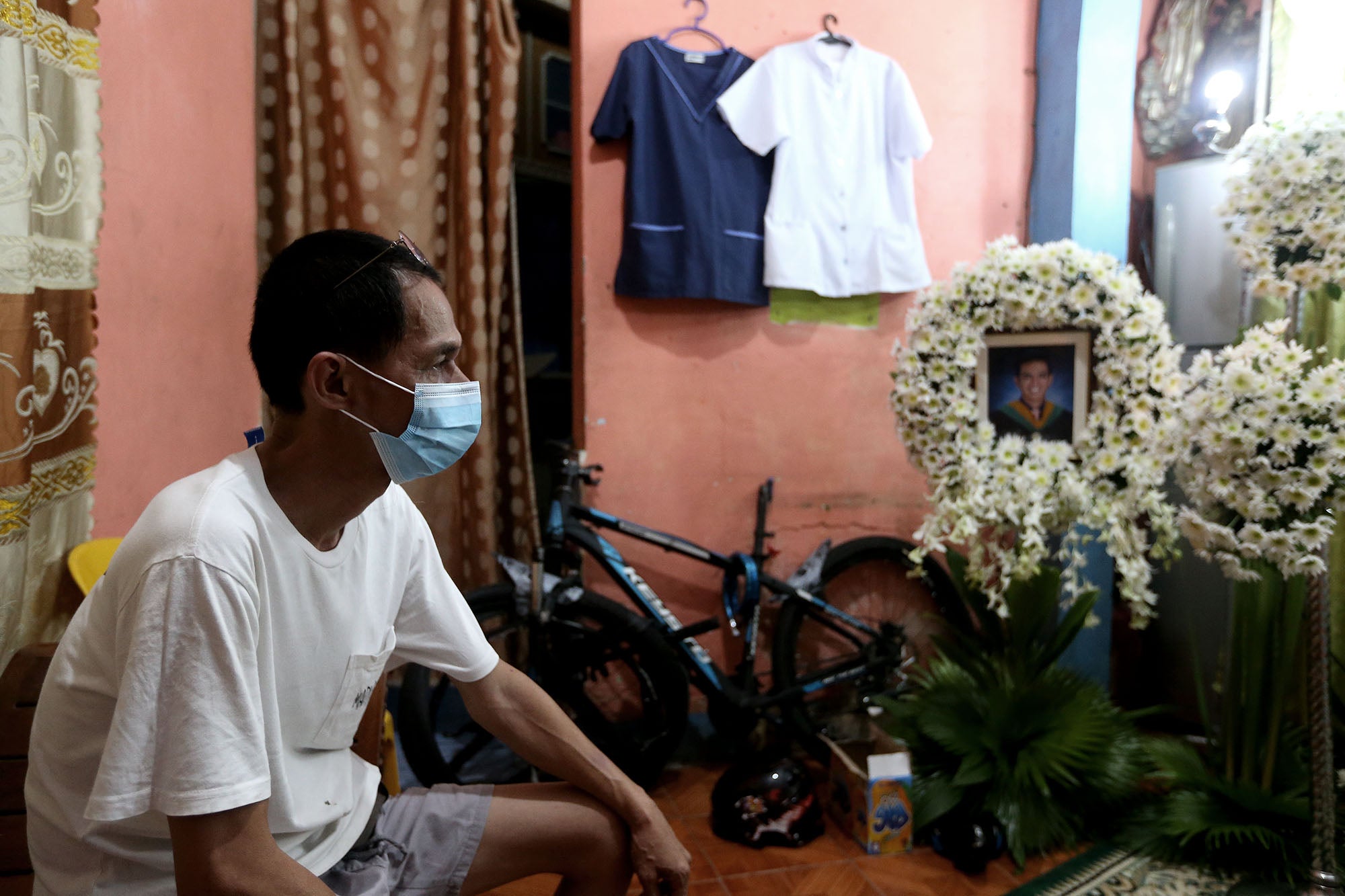 SOLITARY WATCH Ricardo Perez watches over the urn containing the remains of his son, Renz Jayson, at their house in Tondo, Manila. Beside a photo of Renz are the bike he was riding on the night he was killed and his nurse’s uniform that his father had ironed for his new job at a Quezon City hospital. —RICHARD A. REYES

Perez, a former nurse at Justice Jose Abad Santos General Hospital, was on a bicycle when he was struck by the pickup. He was thrown to the ground due to the impact and declared dead on arrival at Philippine General Hospital.

The MPD was still trying to identify the driver at the time of the hit-and-run, he added.

On the other hand, Ricardo Perez, the victim’s father, asked the driver to surrender to authorities.

“I’m asking him to listen to his conscience. I’m hoping that he does not go through the pain I am going through right now,” Ricardo told the Inquirer.

His son was about to start working at a hospital in Quezon City when he was killed.