A man has been arrested and charged for allegedly offering a P100,000 bribe to Philippine Charity Sweepstakes Office (PCSO) general manager Royima Garma in exchange for signing a document.

A report from the Mandaluyong police identified the suspect as Ryan Patrick Nepomuceno, a 44-year-old civil engineer and professor from San Pedro, Laguna province.

According to the police, he was acting on behalf of a small town lottery (STL) operator based in the Calabarzon region. STLs, which are basically a legalized form of the illegal numbers game “jueteng,” are regulated by the PCSO.

The police report said Nepomuceno went to Garma’s office at the Suntrust Capitol Plaza on Shaw Boulevard in Mandaluyong City, around 10:30 a.m. Tuesday.

He then handed her a document and asked her to approve it by affixing her signature. The police did not say what the document was about, only that it was addressed to Bangko Sentral ng Pilipinas governor Benjamin Diokno. 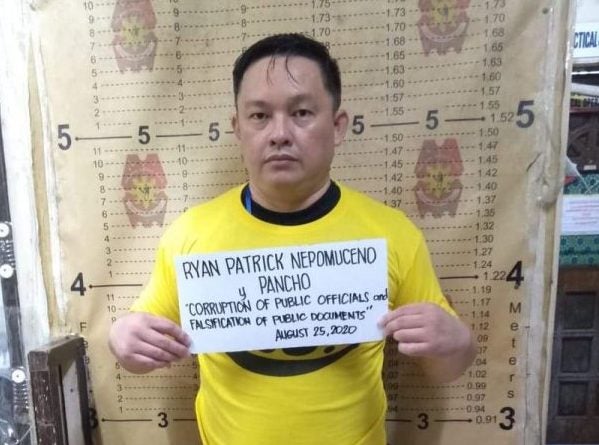 The suspect also gave Garma a paper bag containing P100,000 in cash. But the PCSO official, who was a policewoman before her appointment to the agency, arrested him instead with the help of other employees. Nepomuceno was taken to the Mandaluyong police station where he remained in detention.

Garma told the police the document was questionable as it was not executed by her office.

On Thursday, she filed a complaint in the Mandaluyong prosecutor’s office against Nepomuceno for corruption of a public official and falsification of public documents.

Sinas headed the Central Visayas regional police office before his appointment to the NCRPO while Garma was Cebu City police chief until last year.

“The public can be assured that we will not allow criminals to take advantage of anyone to include public officials for their personal greed,” he added.