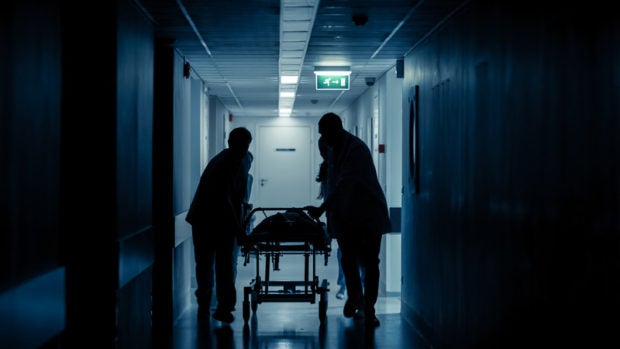 An asylum seeker from Uganda was found dead inside her home with her starving and malnourished 1-year-old child crying beside her body.

Mercy Baguma, 34, was discovered in her apartment in Glasgow, Scotland, on Aug. 22, after others heard the sounds of her child’s cries, as per refugee charity Positive Action in Housing (PAIH) on Aug. 25.

Baguma, who lost her job after her “limited leave to remain” in the United Kingdom expired, was said to be living in “extreme poverty” and had claimed asylum.

Asylum seekers are people whose requests for sanctuary in another country have yet to be processed. They usually become refugees after fleeing countries due to conflict or violence, according to the United Nations High Commissioner for Refugees.

A statement from PAIH stressed that the son was “weakened from several days of starvation” when they were found. The boy, who was taken to the hospital and has been discharged since Aug. 24, is now living with his father.

Several weeks prior to her death, Baguma called PAIH for help because she did not have money for both her and her child. She had been relying on food from friends and charities after losing her job.

Friends and relatives said their communication with Baguma stopped on Aug. 18. A police spokesperson has stated that the mother’s death is being treated as unexplained but not suspicious.

A GoFundMe fundraiser has since been set up to cover for Baguma’s funeral expenses and to help out her son and family.

Qureshi also lamented Baguma’s tragic fate, stressing, “Why are mothers and babies being left to go hungry in this city, and why is it being left to charities and volunteers to pick up the pieces?”

“Would this mother be alive if she was not forced out of her job by this cruel system that stops you from working and paying your way because a piece of paper says your leave to remain has expired?” she added.

She also emphasized that once Baguma’s son is old enough, he will want to ask the same questions.

PAIH is currently calling for an independent public inquiry into Baguma’s case, as well as the cases of two prior tragedies involving refugees in Scotland.

The country’s Cabinet secretary for communities and local government Aileen Campbell meanwhile said that “the issue of asylum support is reserved to the U.K. government and I’ve repeatedly raised concerns about that support as well as accommodation,” as per PAIH’s release.

“The Home Office must take responsibility for a failed system which is pushing people into destitution,” she added.

A spokesperson from the U.K.’s Home Office has since remarked that Baguma’s death is a “tragic situation” and that they will be conducting a full investigation into the case, as per BBC also on Aug. 25. NVG