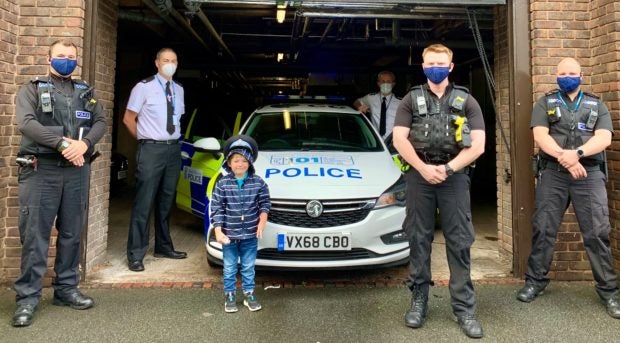 A 5-year-old boy saved his mother’s life by dialing the emergency number on his toy ambulance when she slipped into a diabetic coma.

Josh (last name withheld), of Telford, United Kingdom, phoned the European emergency hotline 112 after he found her unconscious on the floor last month.

Authorities quickly made their way to Josh’s home after receiving the call, as per a statement on the West Mercia Police website yesterday, Aug. 26.

Officers then found Josh with his little brother as paramedics tended to their unconscious mother. Following the incident, the Telford local policing commander, superintendent Jim Baker, praised Josh for his deed.

“This was an incredible thing for Josh to do, his quick thinking saw him ring the number on his toy ambulance as he was worried about his mum,” Baker stated.

He also noted that Josh was “very brave” while informing them about his mom’s condition. Admiring Josh’s quick thinking, Baker hopes the boy will join their ranks when he grows up.

“Josh has already proved he would make a brilliant police officer in the future, hopefully we’ll see him again when he’s old enough as a new recruit!” Baker said.  /ra