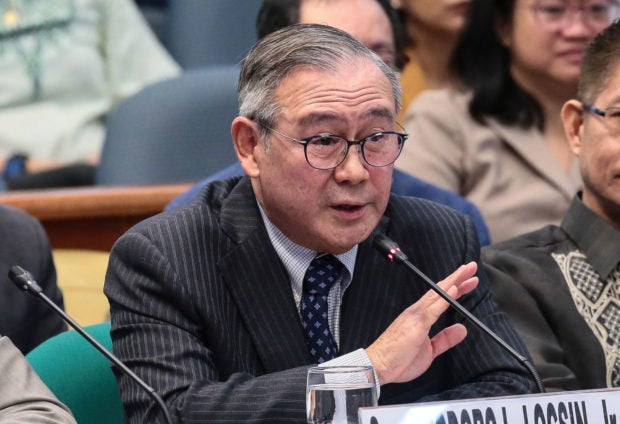 MANILA, Philippines — Just form a cheering squad and clap outside Malacañang instead of calling for a revolutionary government.

This was the suggestion of Foreign Affairs Secretary Teodoro Locsin Jr. to a group pushing for the establishment of a revolutionary government under the Duterte administration.

“This is really unique in its insanity. It is a movement, a seditious movement, to keep the government. Why would you do that? Why don’t you just form a cheering squad, stand outside the Palace and clap?” Locsin said in an interview over ABS-CBN News Channel.

If the group really wants the same type of leadership under the Duterte administration beyond 2022, Locsin said they should just support whoever the President Rodrigo Duterte will endorse as his successor in the upcoming elections.

“Wait for the president to pick his candidate and support them. And I think that’s what they would do in the end,” the foreign affairs secretary said.

“However, if the movement goes to the extent of really trying to subvert the coming elections, then that’s sedition and that should be met with the full force of the law,” he added.

Locsin also criticized an earlier statement from Interior and Local Government Undersecretary Epimaco Densing III, who supposedly said that the people have a right to revolt.

“I think that was really a lunatic statement, there’s no such thing as a right to revolt,” Locsin said.

“He’s saying that a revolutionary government is a right? No, it is an abrogation of rights. It’s a substitution of facts—if you can pull it off successfully,” he added.

The President himself has already dismissed these calls, claiming he has no links with the group pushing for the establishment of a revolutionary government.

(I have nothing to do with that, I do not know anyone from them and that is not my job.)

Lawmakers and military officials also thumbed down such calls.