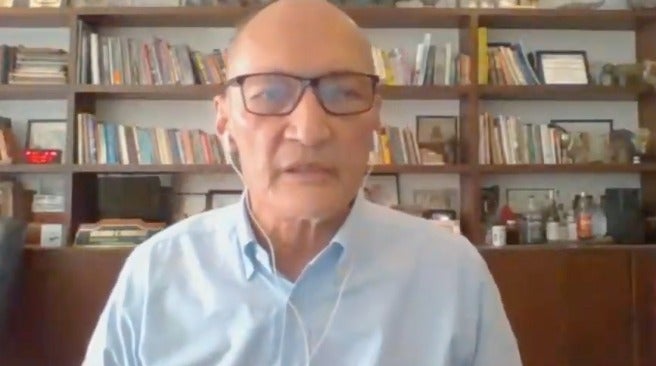 “Isusubmit ko sa office ng Executive Secretary today,” Morales said in an interview over Teleradyo when asked when he will submit his resignation.

Morales also confirmed earlier reports that the President asked him to resign over his on-and-off health condition.

The PhilHealth chief is on medical leave as he is battling lymphoma and undergoing chemotherapy.

(I am thankful for the President because he let me rest. Now, I will be able to focus on my health and my family.)

He also assured cooperation in investigations being done on the alleged irregularities within PhilHealth, even expressing confidence that he will be given a “fair treatment.”

(Investigations are still ongoing. I already signed the bank secrecy waiver, we submitted ourselves to lifestyle check, I submitted documents like my SALN.)

“Nagko-cooperate ako sa imbestigasyon na ginagawa ng Department of Justice. And I am confident I will be given a fair treatment,” he added.

(I am cooperating with the investigation of the Department of Justice. And I am confident I will be given a fair treatment.)

Duterte earlied ordered the Department of Justice to form an inter-agency task force to investigate corruption allegations in PhilHealth.

Morales then thanked the President whom he referred to as a “real friend” for his unwavering confidence.

(I’m back to anonymity, I’m really thankful. It’s a relief. I’m grateful for the President. He never wavers in his confidence in me and I’m so humbled by his loyalty. A real friend.)

Duterte, in a taped speech aired Tuesday, vowed that he would spend his two years left in office to prosecute those involved in PhilHealth’s supposed irregularities.