MANILA, Philippines — A high-ranking military official has defended the suggestion of Armed Forces of the Philippines (AFP) chief of staff Lt. Gen. Gilbert Gapay that the regulation of social media should be included in the ambit of the Anti-Terrorism Act of 2020.

Parlade claimed that social media is being used by terror groups to discuss bomb-making as well as recruit “very young members.”

“Technology has evolved. Now we have social media and we all know that the social media is being used by elements, by organizations to destabilize the government,” Parlade said.

“As we speak even in social media they are talking about how to make bombs,” he added.

He said Gapay was “right about discussing this issue.”

Including social media regulation in the anti-terror law’s implementing rules and regulation would help in preventing terror acts or “the spread of terrorism,” according to Parlade.

Drilon then asked Parlade which specific provision of the law would warrant the regulation of social media.

In response, the military official told the senator: “I cannot remember the specific section but it’s referring to preparations or being part in planning for a terrorist action.”

He said the anti-terror law could be used to avoid “preparatory acts” of terrorism.

“This is one aspect where we really have to look at the actions of people preparing for terrorist action. How to prepare for attacks is happening on social media and we’re able to monitor it but we cannot do anything about it,” Parlade said.

“It’s regulating the way people avail, or access social media  and the terms and conditions on what they are allowed to do in social media,” he added. 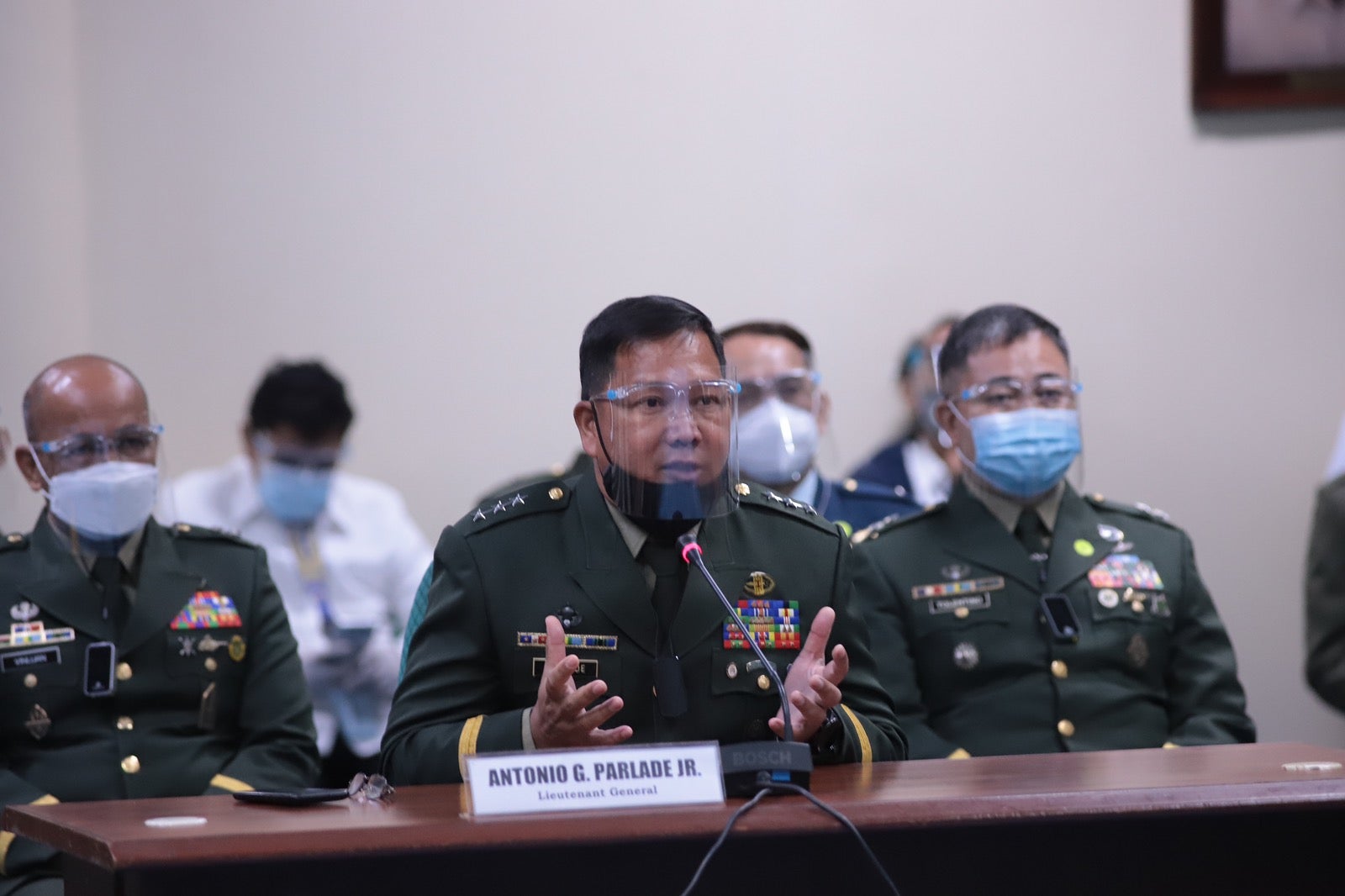 While  social media should be accessible to everyone, Parlade believes the actions of those who use it should be regulated.

“I don’t know exactly how we can do that but I think that’s the idea of the Chief of Staff,” he added.

But Drilon, a former justice secretary, reminded Parlade that his meaning of regulating social media could be considered as “prior restraint,” which goes against the Bill of Rights.

“I’m a little concerned,” he added.

Following up on the topic of social media regulation under the anti-terror law, Senator Grace Poe asked Parlade what he considers as a terror activity on online platforms.

Parlade reiterated his earlier answer that social media is supposedly being used to discuss bomb-making.

He also said that some groups are “inciting young kids to fight their government” and join their armed components.

Poe then asked Parlade if someone airing out grievances against the government and calling for a protest online would be considered as a terror act.

In response, the military official said: “It’s very clear in our Armed Forces that these are allowed. In fact, the law allows it. It’s very, very clear.”

“It’s part of their liberties. It is totally different from asking young kids to terrorist groups,” he said.

“Your sentiments against the government are part of democratic process but to convince people to join a terrorist organization to fight the government and probably hurt other people, that’s the thing that we’re concerned of,” he added.

Senator Panfilo Lacson, meanwhile, issued a reminder to Gapay as well as other military officers to be careful in making statements on sensitive topics, such as the anti-terror law.

Lacson, a former national police chief, is one of the main proponents of the law in Congress.

“Gen. Gapay should have qualified his statement because it’s all-encompassing. When you say regulate social media, that’s it, regulate. But there are qualifications in the provisions of the Anti-Terrorism Act of 2020 that we have to establish the intent and purpose,” the senator said.

“Pag nagsalita kayo, this is a very sensitive issue, subject of discussion and even pending decision by the (Supreme) Court. There are at least 26 petitions filed already,” he added.