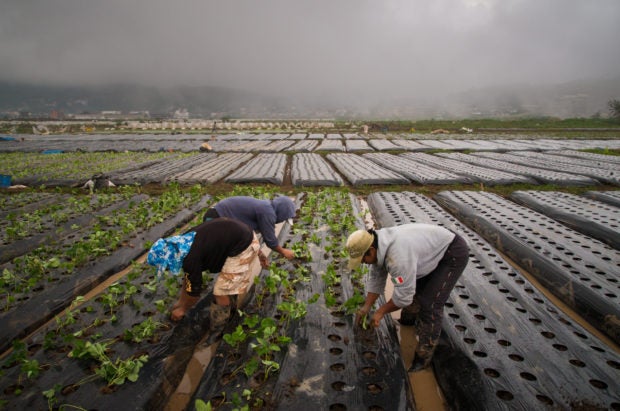 GOOD TIME. Benguet farmers plant salad vegetables during the rainy months, as depicted in this stock photo of a La Trinidad Valley farm in 2014. PHOTO BY RICHARD BALONGLONG

Cordillera agriculture suffered as much as P77 million in potential revenues when the movement was restricted during the March to June lockdown based on government data.

But farmers and food distributors have quickly recovered, earning P220 million in sales through direct marketing facilitated by the Department of Agriculture (DA), according to Cameron Odsey, the agency’s Cordillera director.

But cities in Metro Manila, which have a combined population of almost 13 million, require constant supplies of carrots, cabbages, lettuce, potatoes, and cauliflower grown in Benguet and Mountain Province, Odsey said.

FEATURED STORIES
NEWSINFO
’Pepito’ prompts suspension of some classes, work on Wednesday, Oct. 21
NEWSINFO
Dogs ‘on death row’ up for adoption in Bulacan pound
NEWSINFO
Velasco says he was ‘ostracized’ during Cayetano leadership

Almost all Luzon markets failed to take in vegetables generated by farms for four months because the same regulations that slowed down cargo transport also affected the movement of people leaving their homes.

But cities have developed new ways of food distribution, Odsey said. He cited conglomerate San Miguel Corp. which turned some service stations of its affiliate, Petron Corp., into vegetable outlets in Metro Manila.

According to Odsey, the DA is convincing farmer groups to form cooperatives that would manage production and trucking to take advantage of market changes during the pandemic. 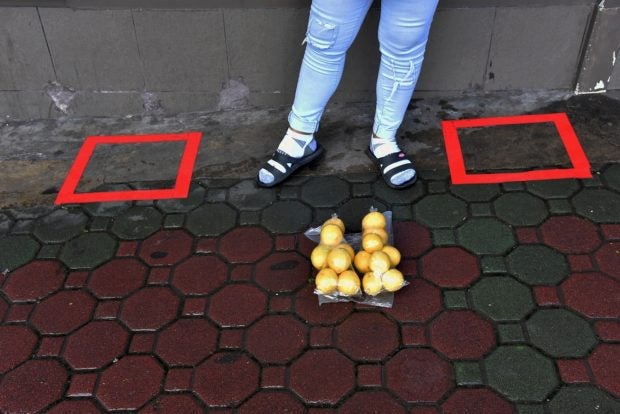 During the hard lockdown and the subsequent modified quarantine, enterprising farmers risked being caught by public order and safety officers and sold vegetables and fruits at Baguio sidewalks to earn a few pesos. PHOTO BY EV ESPIRITU

Commercial trucking has been one of the added costs to farmgate prices that raise the value of Cordillera vegetables when they reach markets in Metro Manila, Pangasinan, La Union, Central Luzon, and parts of the Visayas, he said.

Benguet is converting excess vegetables into new products by the middle of 2021, tapping the technology developed by the Benguet State University.

DA is infusing P20 billion into the Benguet Agri-Pinoy Trading Center (BAPTC) in La Trinidad town for building and equipping it with a dedicated vegetable processing facility.

BAPTC was developed as a food exchange hub for crops grown in other regions but it had been underutilized.