Quake-hit structures to be demolished 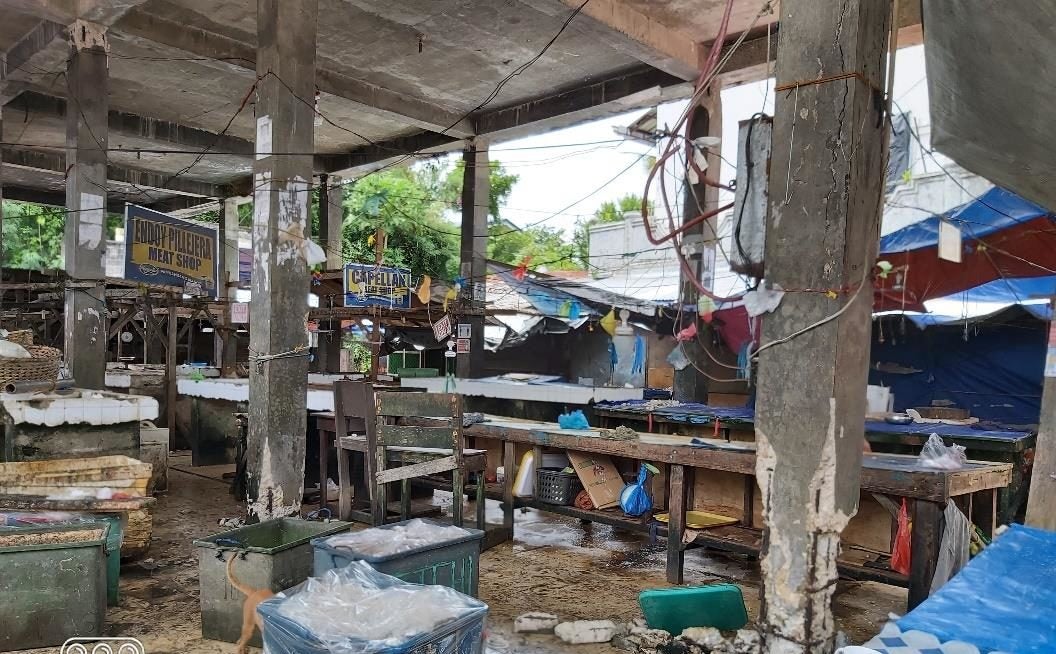 ABANDONED The public market at Cataingan town in Masbate province is heavily damaged by the 6.6-magnitude quake that hit the town on Tuesday. It is among the structures ordered abandoned by the municipal government. —PHOTO COURTESY OF DEPARTMENT OF PUBLIC WORKS AND HIGHWAYS BICOL

LEGAZPI CITY — The local government of Cataingan town has ordered the immediate demolition of structures rendered unsafe by the 6.6-magnitude earthquake that struck Masbate province on Tuesday.

“I instructed the municipal engineer to implement the demolition as soon as possible to prevent accidents and further damages as we continue to experience aftershocks,” Cataingan Mayor Felipe Cabataña said.

He said the demolition team would prioritize at least 30 damaged residential houses, commercial buildings, and other government structures, including the public market, which has cracks on its columns.

At least 60 families in Matayum village would be permanently relocated because of the threat posed by the high tide.

“After the quake, the sea level rose by about a meter and had not subsided. Residents said they noticed a sinkhole near the coastline that caused the soil to collapse,” Cabataña said.

Residents in flooded coastal villages of Malobago, Madamba, and Aguada were also evacuated to temporary shelters and school buildings.

Based on the report of the Office of Civil Defense (OCD) in the Bicol region on Thursday, 46 families, or 221 persons, are still in the evacuation centers in the said town. 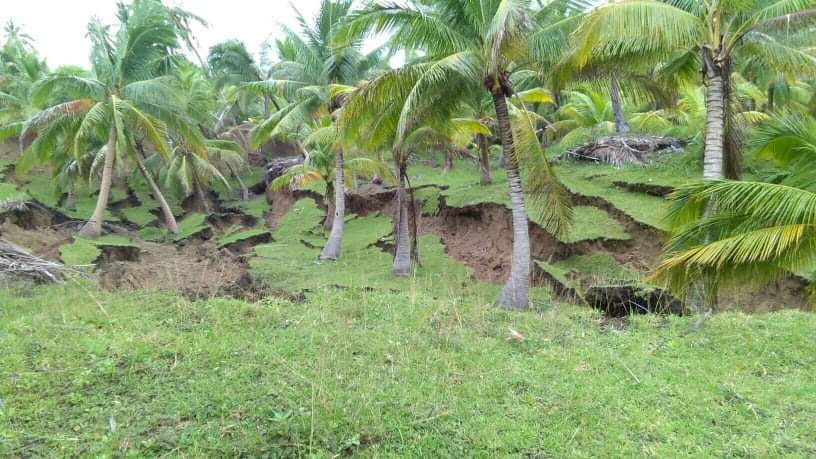 About 1.5 hectares of land in Barangay Concepcion, where the lone fatality of the quake was recorded, also collapsed.

Roger Andaya, 48, a resident, said it was the first time that this happened in their village. He also said they also felt aftershocks at around 2 a.m. and 9 a.m. on Friday.

Barangay Concepcion chief Joel Legaspi said the part of the land that collapsed was uninhabited, destroying only coconut and banana trees. The land is owned by the former village chief, Cesar Andaya.

Legaspi also confirmed that families rendered homeless by the quake received a P5,000 cash aid and relief goods from the Department of Social Welfare and Development on Thursday.

Like the cash-strapped municipality, Legaspi said they were now forced to rely on donations, as his village has also depleted its calamity fund due to the coronavirus pandemic response.

The OCD Bicol was set to hand over on Friday 550 emergency shelter repair kits to residents in Masbate affected by the earthquake.

He said they would also deliver 400 hygiene kits donated by the Association of Southeast Asian Nations to the affected families, and some 4,000 personal protective equipment to medical front-liners at the Masbate Provincial Office and the Cataingan District Hospital.

Despite the recommendation of the Philippine Ports Authority to stop the operation of the port due to damages on its roads and docking area, Cabataña said they would continue to use the facility to transport essential goods into the town.

He said almost 80 percent of goods in Cataingan and other towns in the province rely on the goods from Cebu. Roll-on, roll-off vessels ply daily between Cataingan and Bogo City in northern Cebu.

“If there would be no transport of goods through the port, our economy would suffer and the consumers would be affected by the possible price hike of products,” he added.