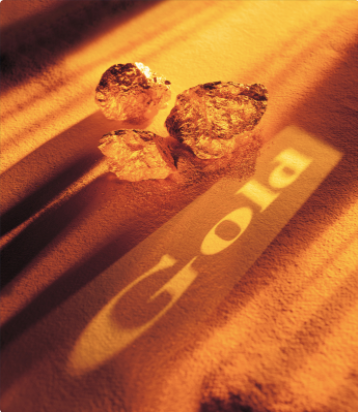 The Poseidon Crew, made up of brothers-in-law Ethan West and Brent Shannon, discovered two gold nuggets weighing 78 ounces (2.21 kilograms) and 45 ounces (1.27 kilograms) in a mining town in Victoria, Australia, with the help of Ethan’s father, Paul.

The crew’s recent prospect was featured in the TV show “Aussie Gold Hunters” on Discovery Channel, as per Bendigo Advertiser on Aug. 14.

The gold nuggets that the team found are the largest in the show’s history. The crew disclosed some of the challenges they had to face before they were able to mine in the area.

“We were in the grips of not being able to freely mine because we were unable to get the permits and licenses through in the time frame,” Shannon was quoted as saying.

Shannon added that the monetary side of finding gold “comes in last.”

“When you find large piece, you don’t automatically get excited,” he said. “In the first instance of seeing a big lump of gold, it’s not instantly joyous, it’s more a sense of accomplishment and history.”

For West, the feeling was different. “I’m always excited to see it and hold it,” he was quoted as saying. “That part is exciting—holding (a gold nugget) the size of a baseball is a surreal feeling.”

West also sees the monetary value of finding such a big chunk of gold.

“I see the prospect of making a lot of money,” he said. “When you see the size of the nugget and start working out what it’s worth, that’s pure relief.” Cha Lino /ra

After losing his house to Australian bushfire, man wins $1 million in lottery

Read Next
50 people mass up in Bacolod to remember Ninoy Aquino
EDITORS' PICK
Acer starts the year off strong with the Aspire Vero National Geographic Edition
Gov’t eyeing COVID-19 tests in pharmacies
Gear up and get ready to play with Yamaha Mio Gear
31,173 new COVID-19 cases push PH’s active tally to 275,364
Municipal court in Pangasinan sets arraignment for ‘Lolo Narding’
Mobile COVID-19 vaccination for commuters, transport workers set at PITX
MOST READ
Imelda Marcos trends on Twitter after octogenarian jailed for allegedly stealing mangoes
SSS: Members on home quarantine due to COVID-19 can apply for sickness benefit
Municipal court in Pangasinan sets arraignment for ‘Lolo Narding’
Help pours in for octogenarian jailed for ‘stealing’ mangoes in Pangasinan
Don't miss out on the latest news and information.