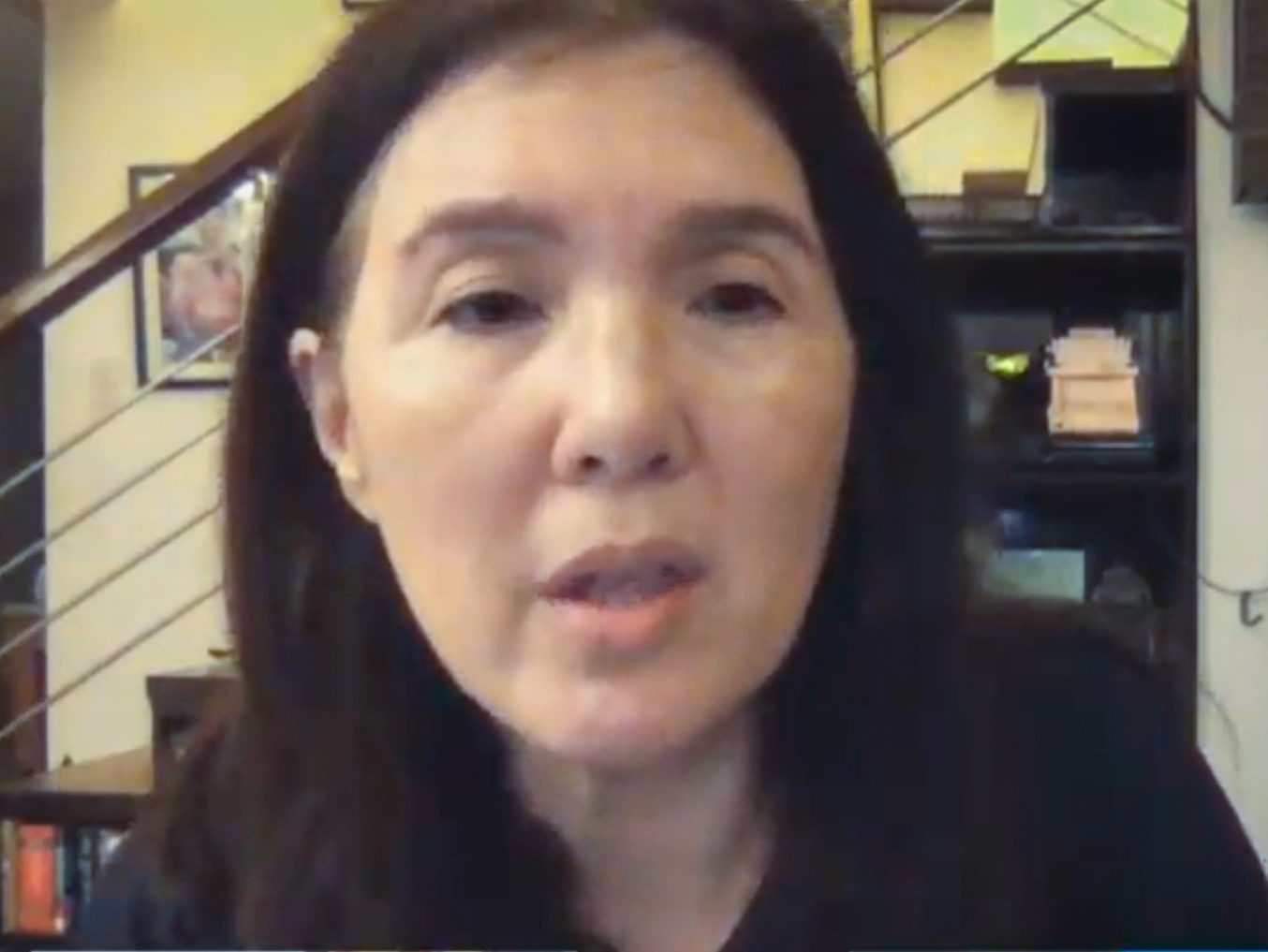 MANILA, Philippines — A piqued Senator Pia Cayetano took offense at the supposed insinuation of her colleagues in the Senate that their counterparts in the House of Representatives were advancing personal gain in the bicameral panel meeting on the proposed Bayanihan to Recover as One Act.

The bicameral conference committee, composed of several senators and House lawmakers, approved the Bayanihan to Recover as One Act or the Bayanihan 2 bill after they settled disagreeing provisions of measure which seeks to cushion the effects of the coronavirus pandemic.

“I would like to point out that the insinuation that no one in the Senate pushed for anything for personal gain makes it appear that our counterparts in the House did…I take offense na ang dami natin parinig na parang yung sa kanila eh may personal gain,” Cayetano, sister of House Speaker Alan Peter Cayetano, said during Thursday’s plenary session shortly before the Senate ratified the bill.

(That we are sending a lot of hints that what they have pushed is loaded with personal gains.)

Before Cayetano’s manifestation, Zubiri thanked his fellow bicam members in the Senate, who he said “fought tooth and nail” to keep the P10-billion aid for the tourism industry under the Bayanihan 2.

Prior to the bicam approval of the measure’s reconciled version, one of the contentious provisions under the Bayanihan 2 was the P10-billion funding for the tourism sector, Senate Minority Leader Franklin Drilon said in an earlier radio interview.

The Senate, Drilon said, was pushing for the allocation of the P10 billion to tourism enterprises but the House wants the funding to go to the Tourism Infrastructure and Enterprise Zone Authority for tourism infrastructure.

Eventually, senators and House lawmakers were able to reach a compromise regarding the aid for the tourism sector.

“We really protected the tourism industry here, we fought tooth and nail. Actually we had to reserve it as the last topic because it was quite contentious. It took about two days of discussions and thank God with some intervention last night we were able to come up with the consensus,” Zubiri went on.

“Yung team natin sa Senado, I want to put on record, it was pure advocacy. None of us fought for just for a particular area or a particular personal interest, no, everyone worked together for the advocacies we were fighting for,” he added.

After some senators manifested their congratulations for the bicam approval of the Bayanihan 2, Senate President Vicente Sotto III went back to Zubiri to clarify his earlier remarks.

“When the majority leader says the [bicam members] were selfless in their proposals and advocacies and no agenda, whatsoever, you were merely talking about the Senate panel?” Sotto quipped.

Zubiri, who attended the plenary session through video conference, can be heard letting out a laugh over Sotto’s questions.

“No comment, Mr. President. Basta kami sa Senado [For us in the Senate], it was pure advocacy and it will be shown in the records and we fought it out well,” the Senate majority leader said.

But Zubiri was quick to emphasize that the “graciousness” of the House contingent to the bicameral panel to compromise with senators to ensure a balanced Bayanihan 2.

“I think it’s a balanced Bayanihan 2, both for the House and the Senate. We have to give them credit. Our proposals, they accepted. May give and take din,” he said.

“We thank them also for the graciousness that they gave us,” he added.

“I don’t like the insinuation…because I was also a member of that House and I will stand up and speak for them because they cannot speak in this house,” she said.

“I’m not pinpointing anyone because it becomes a joke but I don’t think it’s a funny joke because these people mean well, they want to also take care of our constituents, the way we also want to,” she added.

After this, Sotto pointed out that his question was “answered well” by Zubiri.

“The majority leader said that both panels [were selfless in their proposals]. I think it was placed on record,” Sotto said.

Senator Sonny Angara, who chairs the Senate finance committee and led the his colleagues in the bicameral panel, also clarified that the House members made “very many  good interventions” in the Bayanihan 2 bill.

According to Angara, it was Speaker Cayetano who intervened and loosened the “deadlock” over the P10-billion tourism aid.

“We may not have broken the deadlock for the tourism. They (House) graciously agreed despite their reservations,” the senator said.