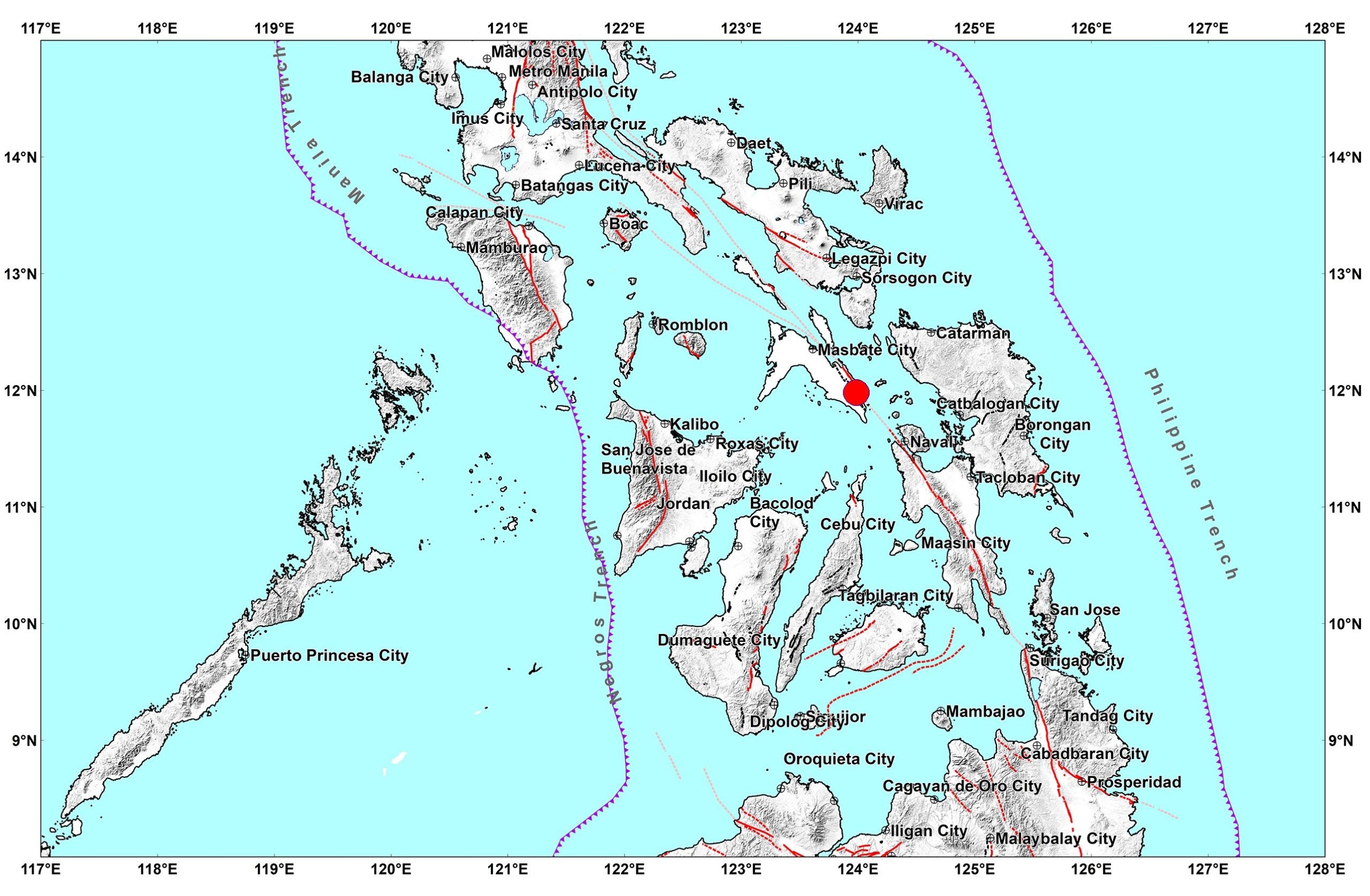 The strong quake was centered five kilometers southwest of Cataingan town in Masbate and it rattled a large swath of central Philippines, according to the Philippine Institute of Volcanology and Seismology (Phivolcs).

Paul Alanis, Phivolcs resident volcanologist in Albay, said the tremor that struck at 8:03 a.m. was felt in Bicol provinces, in the Visayas and in Quezon province. It occurred at a shallow depth of one kilometer.

Its magnitude was initially placed at 6.5.

Initial damage report by the Masbate disaster risk reduction and management council indicated that some structures collapsed and cracks were seen in buildings including the town hall in Cataingan. Infrastructures were also damaged in Uson town.

Meanwhile, instrumental intensities were likewise reported in the following areas:

The Philippines sits on the Pacific “Ring of Fire” where continental plates collide causing frequent seismic and volcanic activity. With a report from Mar S. Arguelles, Inquirer Southern Luzon