Bayan Muna to Roque: No reason to celebrate about PH high jobless rate 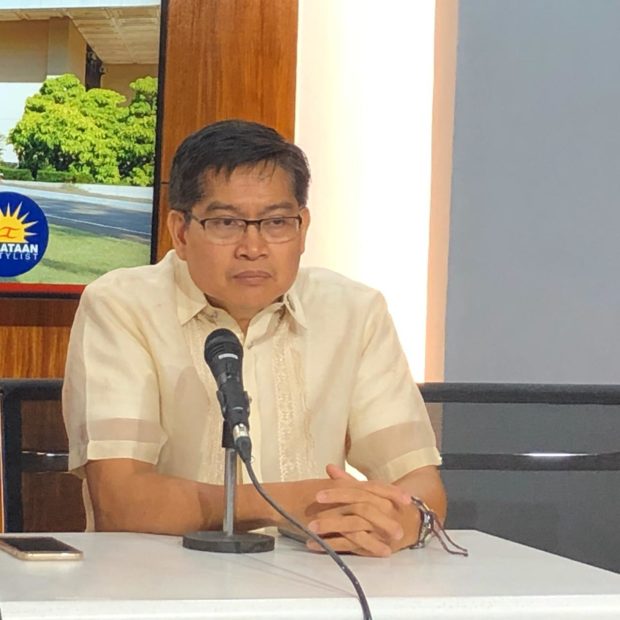 MANILA, Philippines — Party-list group Bayan Muna has insisted that there is nothing to celebrate about the record-high unemployment rate in the country for July 2020, as Presidential spokesperson Harry Roque took on an optimistic approach on the issue.

According to Bayan Muna Rep. Ferdinand Gaite, he is sure that none of the 45 percent of adult Filipinos without a job largely due to the pandemic would be happy about being jobless, hence, not a reason to be jubilant.

Gaite’s remarks on Monday came hours after Roque said that he is glad that a recent survey did not show that 100 percent of the workers lost their jobs due to the COVID-19 pandemic.

(Why would you be happy about 45 percent “only” of the labor force presently lost their jobs? I am sure that none of the workers who became jobless and their family are happy about the worsening economic situation and the lack of help from government.)

Instead, he believes that the people who should be stripped of their jobs are those in the government allegedly responsible for the missteps in its COVID-19 response.

“How out of touch and callous for Mr. Roque to celebrate this record-high unemployment rate and the economic hardships being experienced by millions of Filipinos,” Gaite noted.

“If there’s anyone who should be jobless, it’s the people behind the botched pandemic response, Roque included. Iyan siguro ang ikagagalak ng nagdurusang sambayanan [Maybe that is something that the suffering people would be rejoicing about],” he stressed.

Roque was asked earlier to react on a Social Weather Stations survey released Sunday which revealed that unemployment rates in the country increased by 28 percentage points, from just 17.1 percent in December to 45.5 percent in July.

He said it is not a surprise if people would lose their jobs because of the numerous lockdowns imposed by government.  Just recently, the country’s economic managers said the Philippine economy contracted by a record 16.5 percent.

Labor groups have also condemned Roque’s remarks, with the Bukluran ng Manggagawang Pilipino (BMP) saying that this toxic positivity is an insult to workers and was merely a way of covering the government’s incompetency.

Gaite said that what the administration must do is to ensure that there are safety nets to protect vulnerable Filipino families from the harsh effects on the economy.

“It’s as if social safety nets are in place to cushion the impact of the economic slump. There are none! Even the financial aid promised during the early period of the lockdown did not reach majority of our workers,” Gaite said, referring to the delays in the provision of the social amelioration program.

“Trillions have been borrowed from several agencies, but none of these went to food on the tables of our hungry countrymen. Jeepney drivers are even asking for alms just to stay afloat. Poor families are in their most desperate situation but there’s no help. Walang nakagagalak sa kalagayan nila [Nothing to be happy about their plight],” he added.

He also assured that the party-list group would be asking for a provision of at least P10,000 to people who lost their jobs in the middle of the pandemic.

“Given the current situation of worsening joblessness we hope Congress would immediately act on this and pass it in the soonest possible time. Kailangan na kailangan ng ating mga kababayan ng tulong ngayon [Our countrymen really need help at this time] . The government should use the trillions of money it borrowed to assist the people,” he added.