LONDON — The UK said Monday it did not recognize the “fraudulent” Belarus presidential vote which saw Alexander Lukashenko re-elected and denounced the “grisly repression” of unprecedented protests over the result. 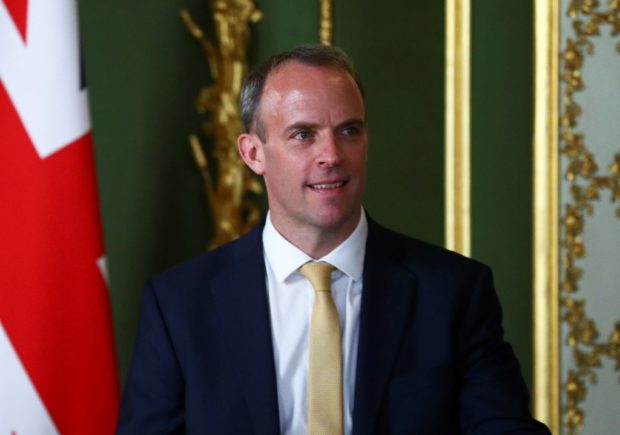 Lukashenko, who has ruled Belarus for 26 years, claimed victory in the August 9 election with 80 percent of the vote, despite wide opposition to his rule.

“The world has watched with horror at the violence used by the Belarusian authorities to suppress the peaceful protests that followed this fraudulent presidential election. The UK does not accept the results,” Raab said.

He said any investigation into the election should be carried out by the Organization for Security and Cooperation in Europe.

“The UK will work with our international partners to sanction those responsible, and hold the Belarusian authorities to account,” said Raab.

London’s statement follows a weekend of protests against the official election result in the Belarus capital, Minsk.

Tens of thousands of opposition supporters gathered for a huge protest rally against Lukashenko on Sunday, described by one news website as the largest in the history of Belarus.

Since the result was announced there has been a violent police crackdown which has seen more than 6,700 people arrested, hundreds wounded and two people dead.

There have also been widespread strikes.

On Monday, the main challenger to Lukashenko, Svetlana Tikhanovskaya, said she was ready to take over the country’s leadership in a video posted from exile in Lithuania, where she fled in the immediate aftermath of the election.