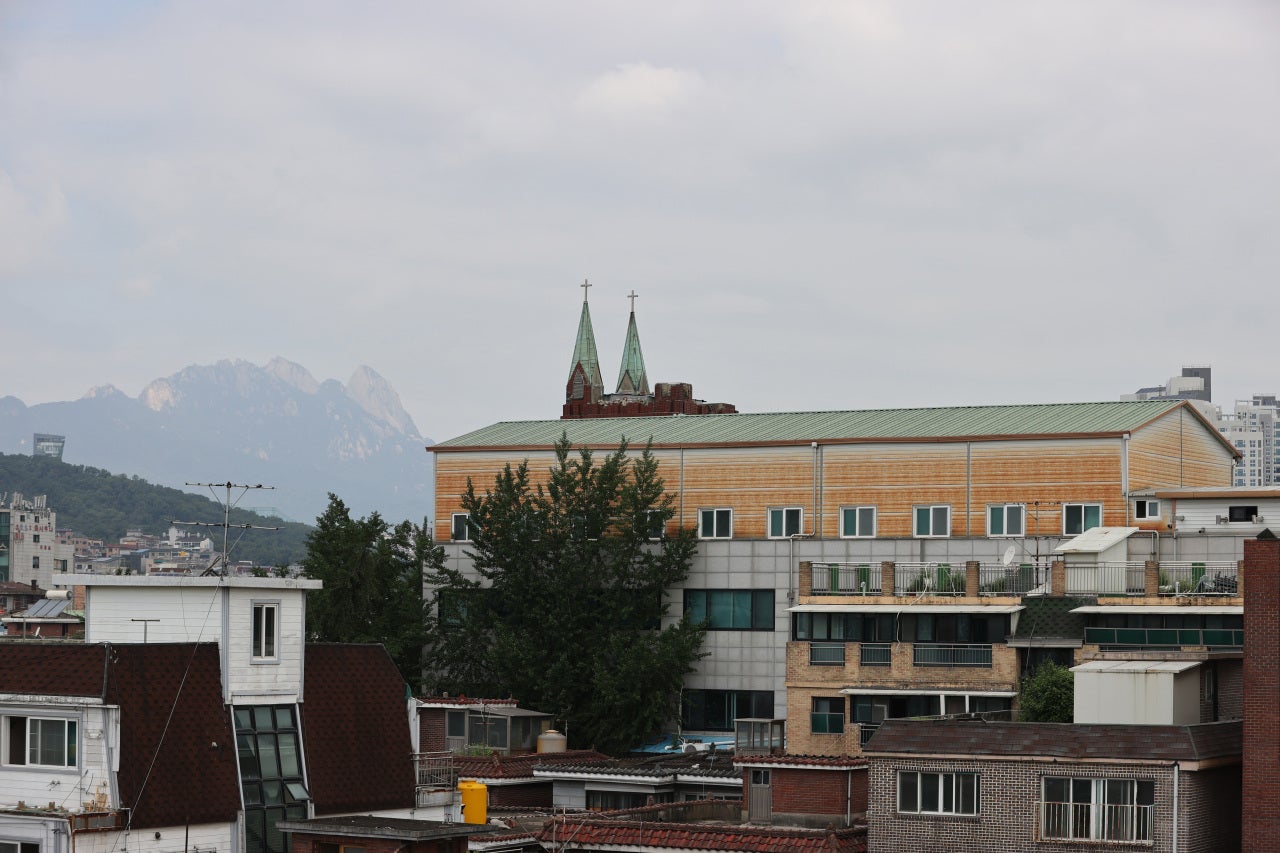 SEOUL — New coronavirus infections linked to a church in northern Seoul continued to surge on Monday, not only causing concerns over additional cases among its members but also public backlash against the church and its leader against their uncooperative response.

Cases traced to Sarang Jeil Church in the northern ward of Seongbuk reached 319 as of noon, up 70 cases from the previous day, according to the Central Disease Control Headquarters.

With the latest figure, the church has emerged as the country’s second-biggest virus cluster following 5,214 cases associated with Shincheonji, a fringe religious sect that was deemed accountable for mass infections in the southeastern city of Daegu earlier this year.

Despite repeated warnings from the government, members of the church, led by conservative pastor Jun Kwang-hoon, attended a mass Liberation Day rally in central Seoul on Saturday.

Jun himself has tested positive, health authorities said, urging people who attended the rally to be placed under quarantine and tested. It was immediately not known when Jun went through the screening.

Health authorities voiced concern that the number of virus cases tied to the church may further rise as thousands of elderly participants shouted slogans and were in close contact with one another, exposing them to infection risks.

“Of the 4,000 churchgoers whom authorities have identified as of midnight, 3,400 have been placed in quarantine and 2,000 have been screened. Of the total, 312 have tested positive, which translates to a high positive rate of 16.1 percent and calls for swift testing and quarantine,” Vice Health Minister Kim Ganglip said in a regular press briefing.

Kim urged people who attended the mass rally to visit nearby screening centers to be tested.

“Since the list (of churchgoers) is inaccurate, there are difficulties in tracking down every church member and placing them under quarantine, and there is a considerable number of churchgoers who have not been tested,” Kim said. “Those who show respiratory symptoms, such as fever and coughing, after attending the Seoul rally should immediately visit a screening center to be tested.”

In addition to church-linked cases, health authorities warned of chain transmissions spreading at other facilities outside of the greater Seoul area.

“Epidemiological studies on religious facilities showed that infections that traced to religious gatherings are spreading to call centers, child care centers and nursing hospitals, including those outside the capital area,” Jeong Eun-kyeong, head of the Korea Centers for Disease Control and Prevention, said in a briefing.

Public anger over the church and its leader Jun has also mounted, with more than 200,000 people signing an online petition asking the pastor to be detained.

The online petition, first posted on Aug. 15, demands that Jun, who was released on bail, be again detained for “harming society’s safety under the mask of religion.”

The author criticized how Jun has “wasted” the country’s efforts to end the new coronavirus and showed no sign of regretting his action or worrying about the health of churchgoers.

On Sunday, prosecutors asked a local court to revoke the bail granted to Jun. He was indicted in March over allegations of violating the election law and was released the following month on the condition that he does not take part in any rallies related to the pending case.

The health ministry and the Seoul city government have filed a criminal complaint against Jun for breaking the Infectious Disease Control and Prevention Act. Jun broke self-isolation measures and disturbed anti-infection efforts by submitting an inaccurate list of churchgoers, according to the city. (Yonhap)