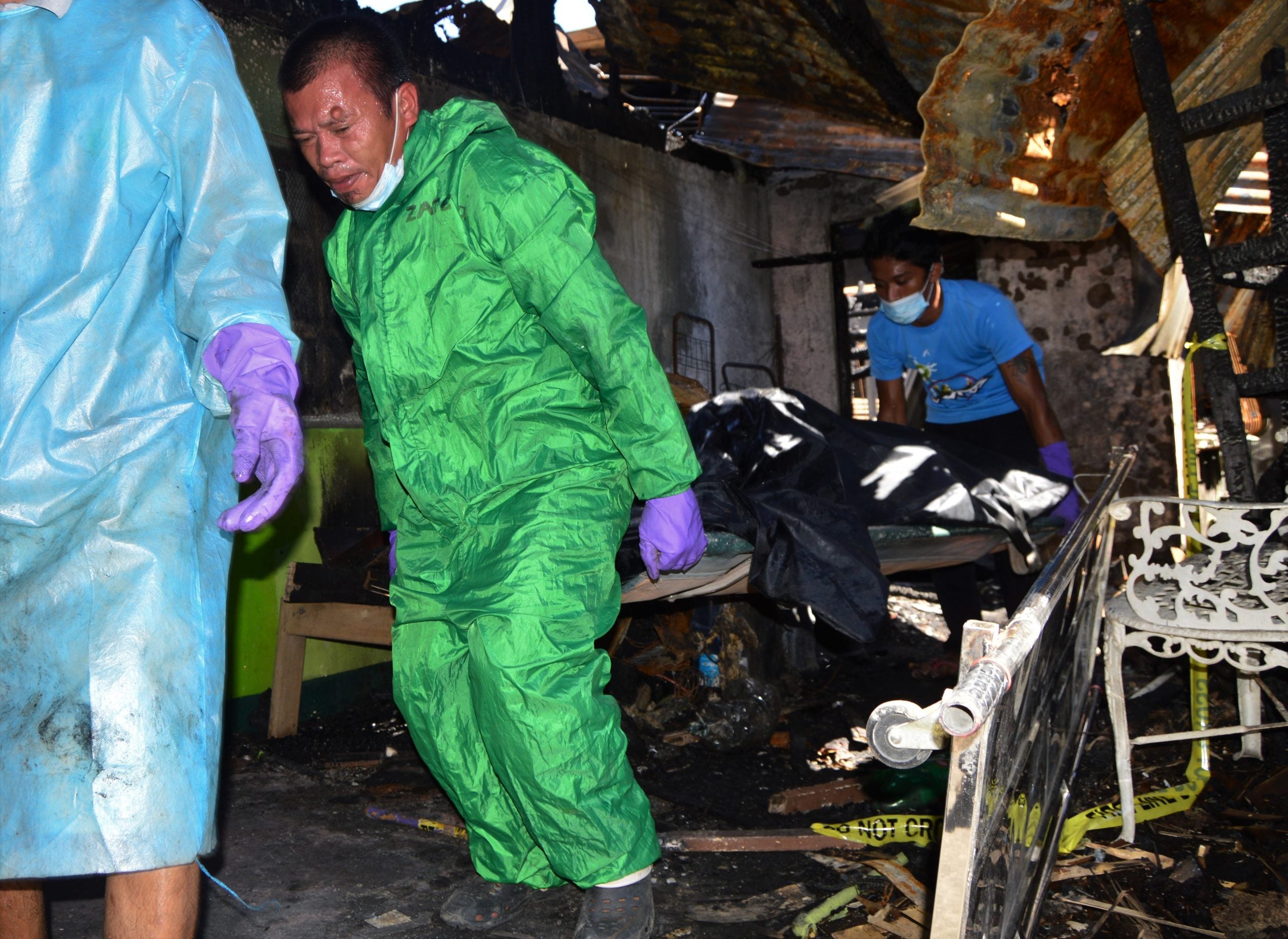 Workers of a funeral parlor carry the bodies of the fire victims in Barangay 22, Saturday (Aug. 15). The fire happened three days ago, but the cadavers were only discovered Saturday. (Jigger J. Jerusalem)

CAGAYAN DE ORO CITY——One family was lost in a fire that gutted their house here three days ago.

But the smell of burnt flesh and presence of flies led to the discovery of four bodies on Saturday, inside their residence that was burned down last Wednesday morning.

Barangay 22 village chief Eldo Casiño said they decided to investigate again the abandoned residence owned by the couple Ador and Juliet Ayangod after neighbors complained of the foul smell and flies.

They thought at first that the foul smell was from a dead dog.

Together with the Bureau of Fire Protection personnel, Casiño and several village watchmen went back to the fire scene Saturday morning.

Casiño said they found the charred bodies in the rubble of the bungalow house.

Fire Officer 3 Jesreel Lasaga of the city fire department said one victim was found in the kitchen, one in the room at the second floor lying face down, and two in the toilet.

Neighbors said that during the fire, Ador went outside to ask for help. However, firefighters did not find him when they sought for him after the blaze was put off.

Ciano Gocotano recalled that firefighters went back on Friday to put off some lingering flames as some residents complained that there were still small amounts of smoke in the burned house.

When Gocotano went to check the smoke on Saturday morning, he said he saw one dead body hence reported it to the village office.

The bodies were charred beyond recognition but authorities identified them as Ador, 50, his wife Juliet, 50, and their children Joseph, 20, and Esther, 18.

Neighbors said Ador could have gone back to the house after calling for help.