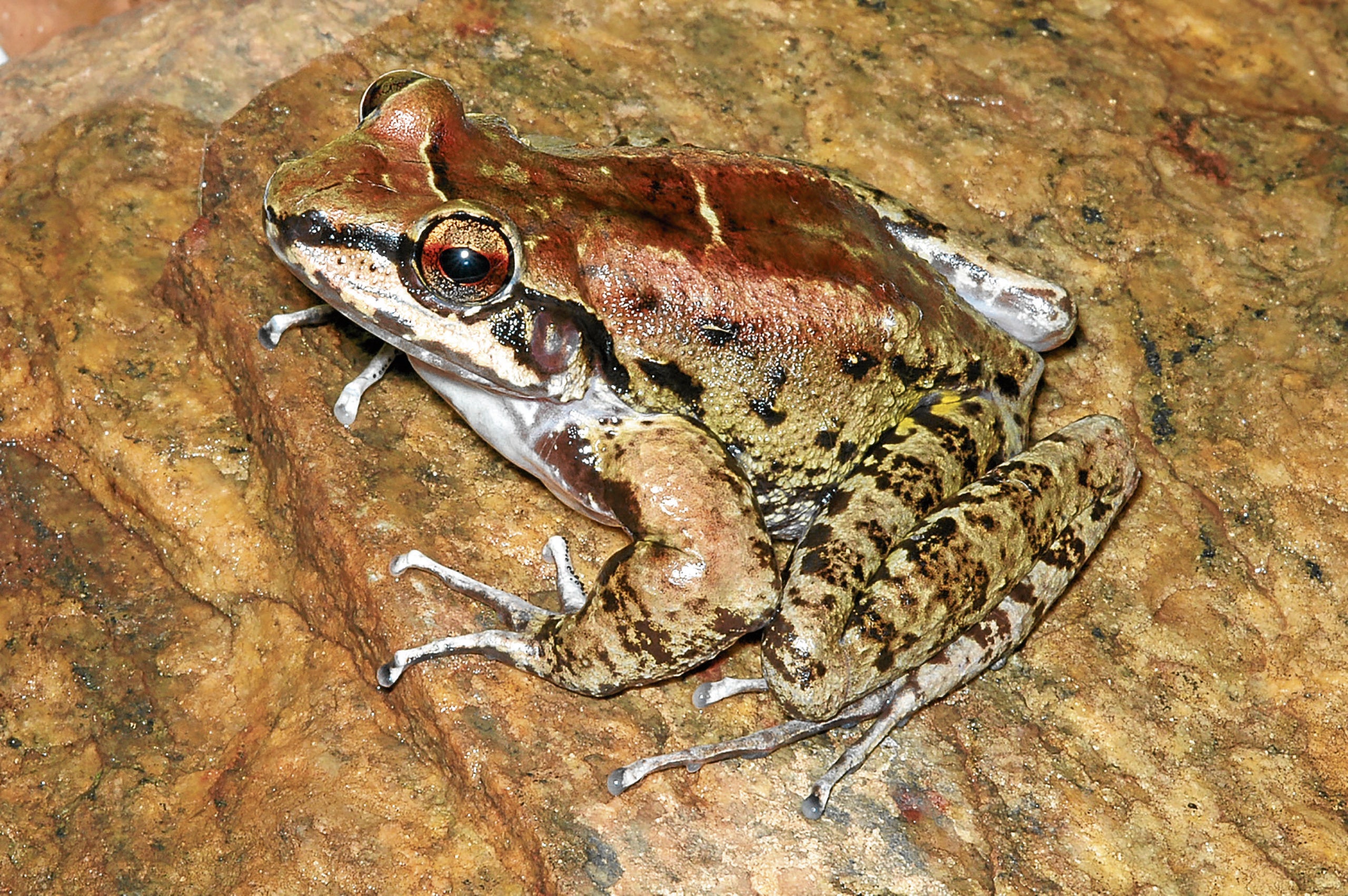 TWO TIMER Zoologists have discovered a frog species in the Brazilian rainforest to be the first amphibian known to live in a harem. Themale Thoropa taophora mates with two females—adominant and a secondary partner. The presence of much older tadpoles from the same parents confirmed that themating relationships are long term. —AFP

WASHINGTON — A species of frog from the Brazilian rainforest has become the first amphibian shown to live in a harem, where one male mates with two females who remain loyal to him.

So-called polygyny is thought to be the most common mating system among animals and has previously been found in bony fishes, reptiles, mammals, birds, and even some invertebrates, Fabio de Sa, a zoologist at Universidade Estadual de Campinas, told Agence France-Presse (AFP).

De Sa was the first author of a new paper that appeared in Science Advances on Wednesday, which now shows that polygyny is present in all tetrapods, or four-legged animals.

Animal mating systems exist on a continuum between polygamy – which is associated with an earlier stage in evolution – and monogamy, which arises when the young of a species requires intense parental investment.

Polygyny tends to occur when males are forced to compete with one another for females and for patchy environmental resources such as water and food.

De Sa and colleagues decided to investigate whether Thoropa taophora, a species of frog found in Brazil’s Atlantic rainforest that is known to be polygamous in areas of plenty, might exhibit polygyny under the right circumstances.

These frogs favor rocks and have a reddish-brown coloration that helps them blend in with their surroundings.

The males have long spines that are attached to their thumbs which they use in combat.

The team recorded the frogs at rocky outcrops on the edge of the rainforest where there are relatively few freshwater breeding sites or “seeps” available to them and they are more exposed to the Sun.

Sure enough, the resource-poor setting had an impact.

Males patrolled their breeding sites and emitted aggressive calls to ward off intruders, and remained close to their eggs and tadpoles to protect them.

When other male invaders ignored their warnings, they pounced on them with jump attacks, kicks, and used their thumb spines to grapple and throw their opponents.

The team found that the males bred with only two females – mostly with one dominant but also with a secondary.

The dominant females would try to induce mating by responding to male courtships calls with their own vocalizations.

They would also approach males and position themselves under them, simulating amplexus or the mating position of frogs where the male grasps the female from behind.

While this was going on, secondary females stood aside motionless.

Females sometimes also triggered mating by cannibalizing some of the male’s eggs.

Most of the time the male would chase the female away to stop her, but sometimes, if she was a dominant female, he would also mate with her, which would lead to the creation of new eggs carrying her genes.

The team confirmed what they saw in the video by studying the genetic material from the seeps, finding that the tadpoles were all half-siblings from the same father and one of either two mothers — though the dominant females bred far more.

The presence of much older tadpoles from the same parents confirmed that the mating relationships were long term.

The arrangement seemed to have clear advantages for both sexes.

The males need to prevent other males from using their hard-to-come-by breeding sites, and it is advantageous to diversify the gene pool by having multiple mates.

“The advantage for the female is it’s better to have a good quality male and a good quality breeding site sharing it with another female – rather than being exposed and not finding another frog or finding a lower quality frog,” added De Sa.

The setting also elicited female-female competition, which is rare among frogs: the dominant females actually responded to male calls, and seemed to push out the secondary females during courtship.