But these days, the fate of the 300-year-old tree, said to be the country’s oldest and tallest at 54 meters (177 feet), hangs in the balance.

The ancient tree that has been attracting conservationists, travel bloggers, and environmentalists is ailing. The decay of its buttress due to fungi and termite infestation had worried villagers, prompting them to ask environment officials last year to check on its health.

After environment officials confirmed the high probability that the tree would collapse, Mayor Solomon Rufila and the town council agreed on Monday to cut the tree’s upper part, retaining only half of the tree’s trunk that covered about 30 m from the ground.

But Armando Palijon, a tree surgeon and former forestry professor at the University of the Philippines in Los Baños, warned that the tree would gradually die if its upper portion was cut off. 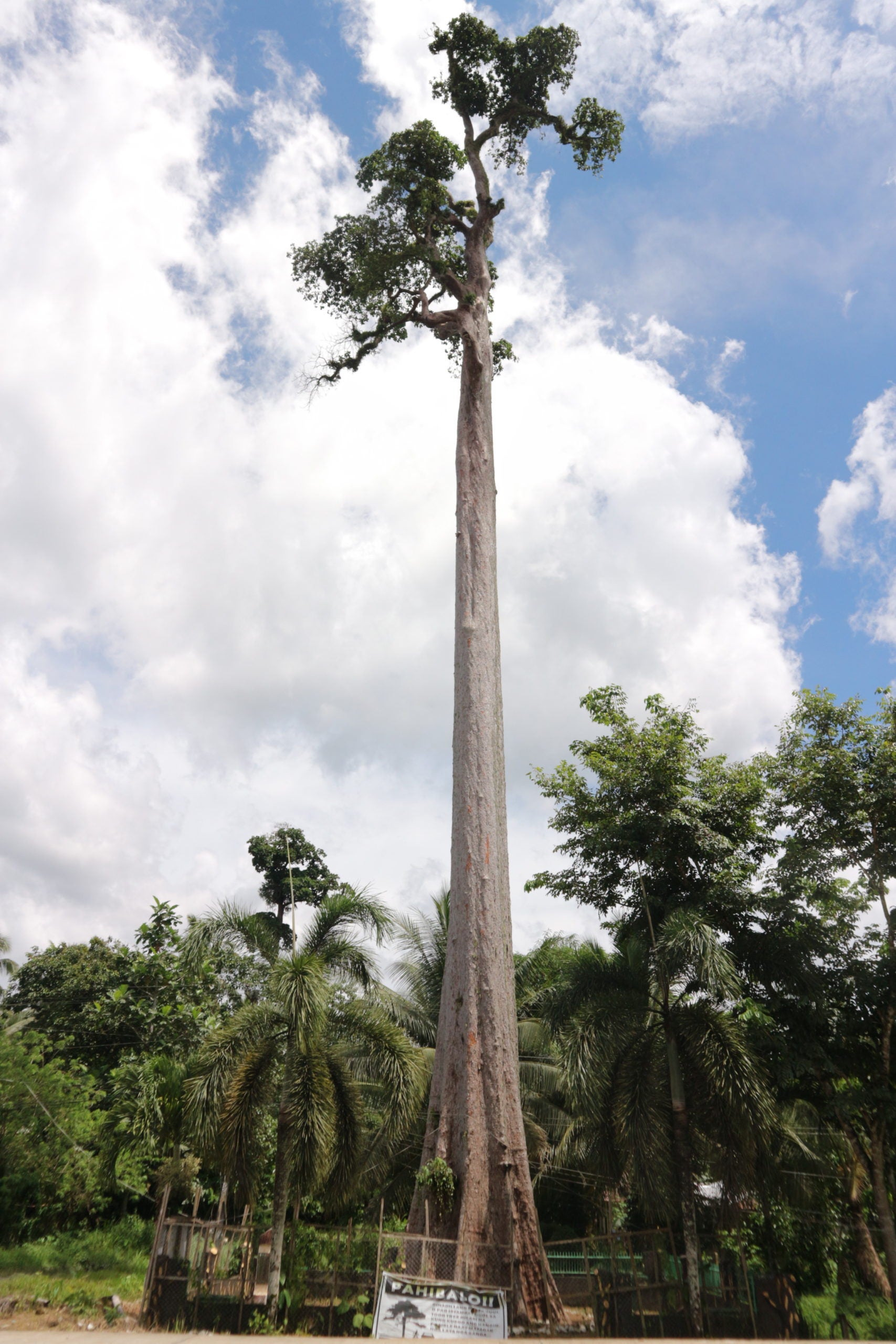 “If you notice, the tree is devoid of lateral branches from the base to the general crown level which is normal architecture of the tree,” Palijon told the Inquirer in an online interview.

“This means that [we can’t be] assured that the tree will produce sprouts that will develop into branches [and] subsequently form the crown needed to make it function physiologically,” he said.

It was not clear whether town officials, in agreeing to keep the lower trunk of the tree, would pursue its treatment and cure.

Local officials were keen on cutting the tree last week, fearing that the tree’s collapse would put at risk the lives of people living nearby and motorists and travelers along Agusan del Sur-Surigao del Sur Highway.

But a local environmental movement called Save the Toog Tree Please (Stop), urged local officials to seek scientific treatment for the tree.

Mauro Bravo Jr., a retired Department of Public Works and Highways district engineer who heads Stop, presented to the council a proposed retrofitting project around the tree, where a two-level view deck would be built to provide a panoramic view of Mt. Magdiwata.

Palijon said the tree could still be saved through appropriate technological interventions. But he said he needed to see the tree to ascertain its actual condition.

Jurgenne Primavera, a pioneering member of Philippine Native Tree Enthusiasts and one of the country’s leading authorities on mangroves, said the tree could still be cured with the help of the best scientific advice from tree surgeons like Palijon.

Marcelina Pacho, former pathologist of the Department of Environment and Natural Resources’ Ecosystems Research and Development Bureau, advised local officials in September last year to prune the tree’s branches and clean its cavities with fungicide.