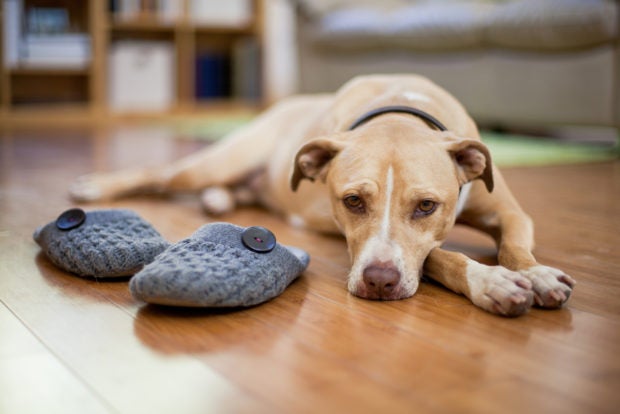 SHANGHAI — Netizens have hailed Shanghai police for fining a pet owner who abandoned his elderly dog and refused to retrieve it and said they hope such rules will be extended to more parts of the country.

Many internet users said such administrative penalties could lead more people to be more cautious before deciding to own a pet, and the rule showed that Shanghai was a pioneer in the country in terms of animal protection.

“Dogs are sometimes more than a family member. We share a decade with them, but they accompany us their entire life,” said a micro blog user going by the name of Xingyun from Shenzhen, Guangdong province.

However, some said the 500 yuan ($72) fine that the pet owner received, the first imposed in Shanghai, was far from a deterrent.

“Moreover, I suggest those abandoning their dogs should be blacklisted and permanently barred from owning a pet,” a micro blog user from Nanjing, Jiangsu province, said.

In 2011, the Shanghai Municipal Regulations on the Administration of Dog Keeping began requiring all pet dogs to be vaccinated and registered with the police.

The regulation was revised after five years, specifying that abandoning pet dogs was illegal. Violators would face fines of between 500 yuan and 2,000 yuan, their dog registration certificates would be revoked and they would not be allowed to apply for another certificate for five years.

On July 28, passersby saw a small, brown injured dog with scars left from a roadside accident lying on the sidewalk at the crossroads of Dongfang Road and Longyang Road in Pudong district. The dog had a collar, indicating that it had an owner.

Concerned residents sent the dog to a pet clinic. Vets said the dog was nearly 10 years old and suffered from a fractured pelvis and diseases commonly seen in elderly dogs. The clinic got in touch with the dog’s owner, but the owner said that he had abandoned it.

The clinic then turned to police for help.

Police called the dog owner, surnamed Wu. He was informed of the dog’s condition and told to pick it up and bring it home. But Wu, who is in his 60s, said he had decided to abandon the dog because he had recently moved and the dog was in its twilight years.

On July 30, police went to Wu’s home to speak with him again, but he refused to take the dog back. Police then decided to penalize him.

The dog later died from its diseases. The police did not disclose its gender or age.

A similar regulation in Guangzhou, capital of Guangdong province, that took effect in 2009 stipulated that dog owners who mistreat or abandon their pets will be fined between 1,000 yuan and 2,000 yuan.