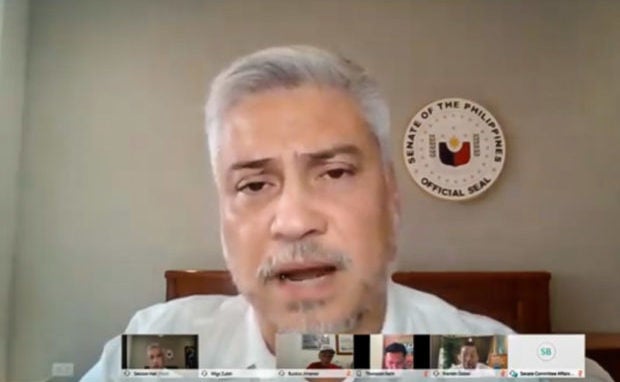 MANILA, Philippines — An 18-bed infirmary in the Davao region getting P10 million a year in benefit claims, and clinics sharing “rebates” with officials and unqualified personnel occupying key posts at the state-run health insurance corporation.

These are among the “money-making schemes” in Philippine Health Insurance Corp. (PhilHealth) that the Senate would delve into at the resumption on Aug. 11 of its inquiry into the multibillion-peso corruption scandal rocking the health insurer, Senate Majority Leader Juan Miguel Zubiri on Sunday said.

“Anger is too weak a word to explain how I feel [about the alleged irregularities in PhilHealth],” Zubiri told the Inquirer in a Viber message.

He said he was enraged by the way that money supposed to be used for COVID-19 treatments was instead stolen by the “mafia’’ inside PhilHealth.

“The corruption, done by stealing money from programs and projects designed to help the poor and the sick, is unforgivable and is done by demons that should be severely punished,” said Zubiri, who disclosed the money-making schemes in Davao amid increasing calls for the suspension or dismissal of PhilHealth officials.

Vice President Leni Robredo on Sunday said PhilHealth officials involved in the corruption scandal should be suspended, so as not to compromise the integrity of the investigations.

“I hope they do this to show that they are serious in curbing corruption,” Robredo said on her weekly radio program.

The Vice President also expressed concern over the failure of anticorruption agencies to uncover early on the widespread wrongdoings in PhilHealth.

Meanwhile, the rank-and-file union of PhilHealth has appealed to President Rodrigo Duterte to temporarily assign a caretaker “with proven integrity and incorruptibility” in the company after it was made public that PhilHealth President and CEO Ricardo Morales had been diagnosed with cancer.

“By doing so, all doubts about whitewashing and coverup would be dispelled, and we would, therefore, be ensured of a fair and honest investigation that will weed out the guilty and not simply hang scapegoats,” Maria Fe Francisco said in a statement on Sunday.

Francisco is the national president of the PhilHealth Workers for Hope, Integrity, Transparency and Empowerment.

In a radio interview, Zubiri said he got hold of information that a small hospital in Davao had been receiving P10 million annually despite having only 10 beds for patients.

Asked to elaborate, he shared with reporters a copy of a PhilHealth document identifying the hospital as Golingay General Hospital in Malalag town, Davao del Sur.

The hospital has 18 beds, not 10 as initially claimed by the senator.

Zubiri also said that several hospitals were paying off errant PhilHealth employees from the proceeds of rebates granted to them.

“I’m glad that the money-making schemes of the PhilHealth mafia were disclosed during our first hearing… There are other [kinds of fraud] like the ‘rebates’ scheme, ‘ghost patients’ scheme and overpricing,” the senator said.

“We will tackle these in our next hearing,” he said.

Sen. Panfilo Lacson, who initiated the inquiry along with Senate President Vicente Sotto III, earlier disclosed that hundreds of millions of pesos in PhilHealth funds earmarked for the pandemic had been funneled to maternity clinics and dialysis centers that did not have a single COVID-19 patient.

Citing reports from the Commission on Audit, Lacson also disclosed that certain PhilHealth senior executives had been doctoring financial records to conceal the real fiscal health of the corporation.

Keith likewise accused Morales as the “coddler” or “new leader” of the mafia in PhilHealth, which, he claimed, was composed of its entire executive committee.

Despite his health condition, Morales assured the Senate of his participation in the investigation.

In a statement, Morales, 67, requested the Senate to allow him only online participation in the hearings because of his “immunocompromised state.”

Morales, a retired military general, had been advised by his doctor to take a leave of absence. Diagnosed with cancer in February, he “continues to hold office against medical advice,” PhilHealth said in a statement.

Morales has been undergoing chemotherapy to fight lymphoma, which makes him more vulnerable to contracting the new coronavirus disease, his oncologist told Sotto in a letter.

Morales also expressed dismay at the disclosure of his medical certificate to the media on Saturday. “I regret that my privacy was not respected.”

He said he submitted his medical certificate, as required, to request the Senate to allow his online participation in the hearing.

While he agreed that the Senate may excuse Morales from physically attending the next hearing on Tuesday, Zubiri said the reported illnesses of other senior executives should not prevent the senators from pursuing their investigation.

Zubiri, a COVID-19 survivor, called on Malacañang to suspend all PhilHealth officials implicated in various types of fraud, which reportedly has cost the state-run insurance company P154 billion since 2013.

“My recommendation to the executive department is to suspend them if they don’t want to dismiss [the PhilHealth officials] out of courtesy to all investigative agencies,” Zubiri said.

“But [their suspension] doesn’t excuse them from testifying… Those who suddenly fell ill should not be exempted from the investigation,” the senator said.

Go pointed out that Duterte’s decision to form a special multiagency investigation task force led by the Department of Justice showed his commitment to clean up PhilHealth.

Duterte, who had promised to sack his appointees even on a “whiff of corruption,” would “run amok” in the two years of his presidency in going after corrupt public officials, according to the senator.

“The task force should immediately carry out its job to investigate, file charges and conduct lifestyle checks against those involved,” Go said.

“If possible, these PhilHealth officials should be suspended or even dismissed [from government service]. They should be put in jail,” he said.

Marcos said a thorough cleansing of PhilHealth was needed as the corruption issues leveled against its current officials were similar to those already exposed several years ago.

“If they still have delicadeza, they should just resign instead of being placed under preventive suspension. Let others take over for the meantime,” Marcos said.

“The people don’t trust them anymore,” she said. “There should be a reorganization and total overhaul of PhilHealth.”

She warned of a possible “PhilHealth run” as employers and members might demand a withdrawal of contributions following the admission of the health insurer’s own actuary that the corporation would collapse by 2022.

“If they insist on collecting, the premiums should be placed in a different account… because the holes in the (PhilHealth’s) coffers are big. It’s hemorrhaging money,” Marcos said.

—With reports from Jhesset O. Enano and Tina G. Santos