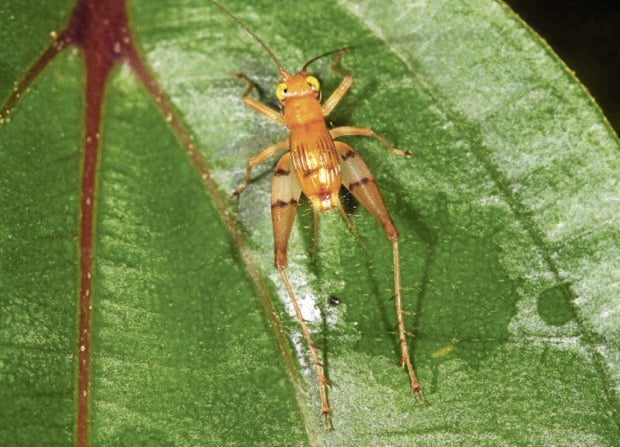 DISCOVERY The cricket species Rhicnogryllus? paentensis, which a teamof entomologists found at a property of the University of the Philippines in Laguna province. The designated question mark in the insect’s name, however, indicates that the scientists “have questions or are in doubt that it could possibly be a new genus,” said UP Los Baños lead researcher Jessica Baroga-Barbecho. —ZOOTAXA

SAN PEDRO CITY, Laguna, Philippines — Two new species of crickets and one species of a katydid were discovered in Laguna province by a team of entomologists, who are working to update the database of insect taxonomy recorded in the Philippines over a century ago.

The Museum of Natural History of the University of the Philippines-Los Baños (UPLB) announced the new discoveries last week. Details about the new species were also published on Zootaxa, an international journal for animal taxonomists — the katydid Neophisis (Indophisis) montealegrei on Feb. 14, and the cricket species Rhicnogryllus? paentensis and Mnesibulus laguna on April 9 and July 6, respectively.

“If you would notice, we put a question mark in the name of the genus,” said lead researcher Jessica Baroga-Barbecho of UPLB. “We have questions or are in doubt that it could possibly be a new genus [so] we plan to conduct more surveys and compare more specimens.”

The three insects were discovered in 2018 and 2019 at a 3,000-hectare property of UP spanning the towns of Kalayaan, Paete and Pakil in Laguna.

The research team, which includes Dr. Ming Kai Tan of the National University of Singapore, also identified 15 new species across the country.
Crickets and katydids are nocturnal insects, with their males known for producing unique “bioacoustics” or sounds to attract the female.

Taxonomists rely on this “calling song” to determine the species, Barbecho said.

Another way to identify a new species is through its genitalia—as in the case of the Rhicnogryllus? paentensis, with the “unique shape” of its lophi, a part of its genitals.

Crickets and katydids are herbivores and play an essential role in nutrient cycle. They are also eaten by frogs, lizards and carnivorous insects.

“Our goal is to conduct more field work despite the limited funding and resources. We need more taxonomists working on insects since they are the largest group among all organisms,” Barbecho said. 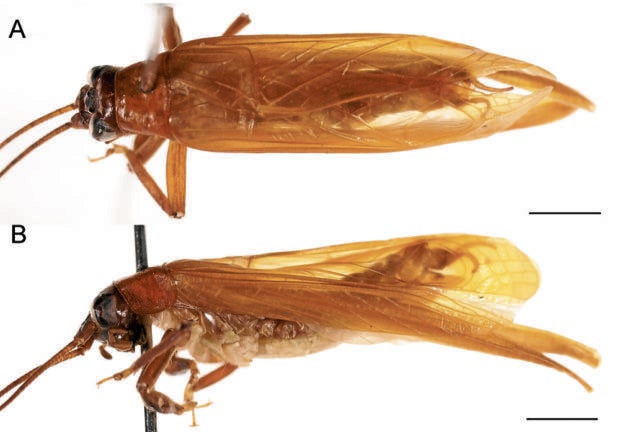 Since 2017, the museum has been collaborating with the National University of Singapore and the French National Museum of Natural History to survey the country’s orthoptera, the order of insects that includes grasshoppers, crickets and katydids.

Barbecho said taxonomists are eager to update their archives of more than 500 entries that date back to about 1870.

It is possible that some species may have become extinct or have evolved further over the years, she said. “If [a] specimen [is] no longer available, we could take it off the list.”