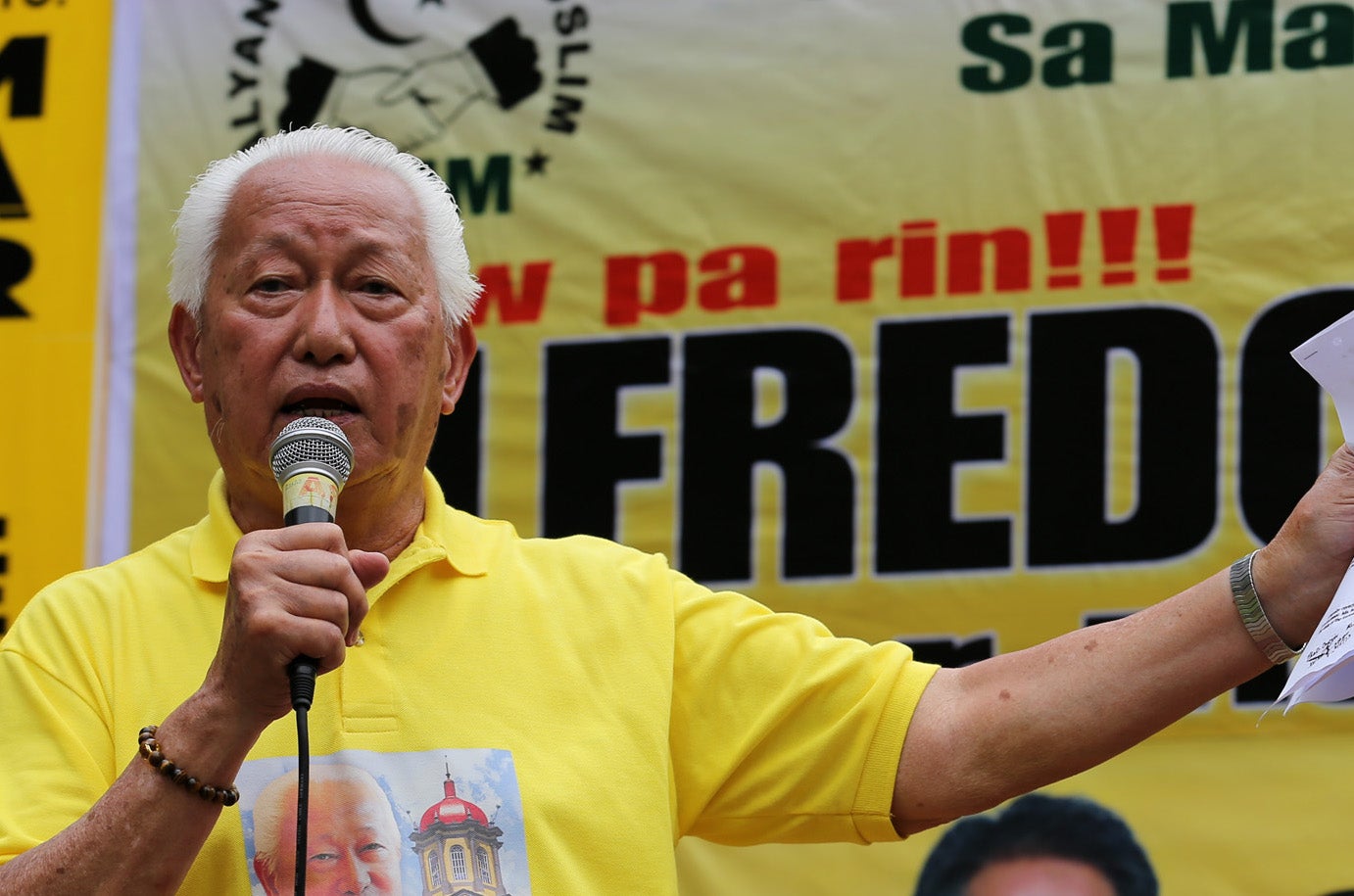 MANILA, Philippines — Manila Mayor Isko Moreno recalled former mayor Alfredo Lim’s years of service to the people of the city as the country mourns the death of Lim on Saturday afternoon.

Moreno praised Lim who served as a police officer before taking the helm of Manila government. He also noted that Lim served the city for 12 years.

(I have no words to say but honor the great leadership of Mayor Lim for the youth. For the longest time, Mayor Lim offered his service for the city. He served 38 years as a policeman. He served Manila from being a patrolman to being a chief of police.)

Moreno also asked the public to pray for the repose soul of Lim.

Clock tower lights off in honor of Lim

Moreno also informed the public that they turned off the lights of the Clock Tower in Quiapo City to pay respects for Lim.

(You might be asking, we closed the lights at the clock tower which symbolizes hope. But this does not mean we don’t have hope. This is a reminder of respect while we are facing this pandemic, that we give importance to this person who served the city.)

Lim died on Saturday afternoon a day after his chief of staff confirmed that he was hospitalized due to an illness. In a deleted post, former Manila councilor and chief of staff Ric de Guzman said Lim was battling the new coronavirus disease.