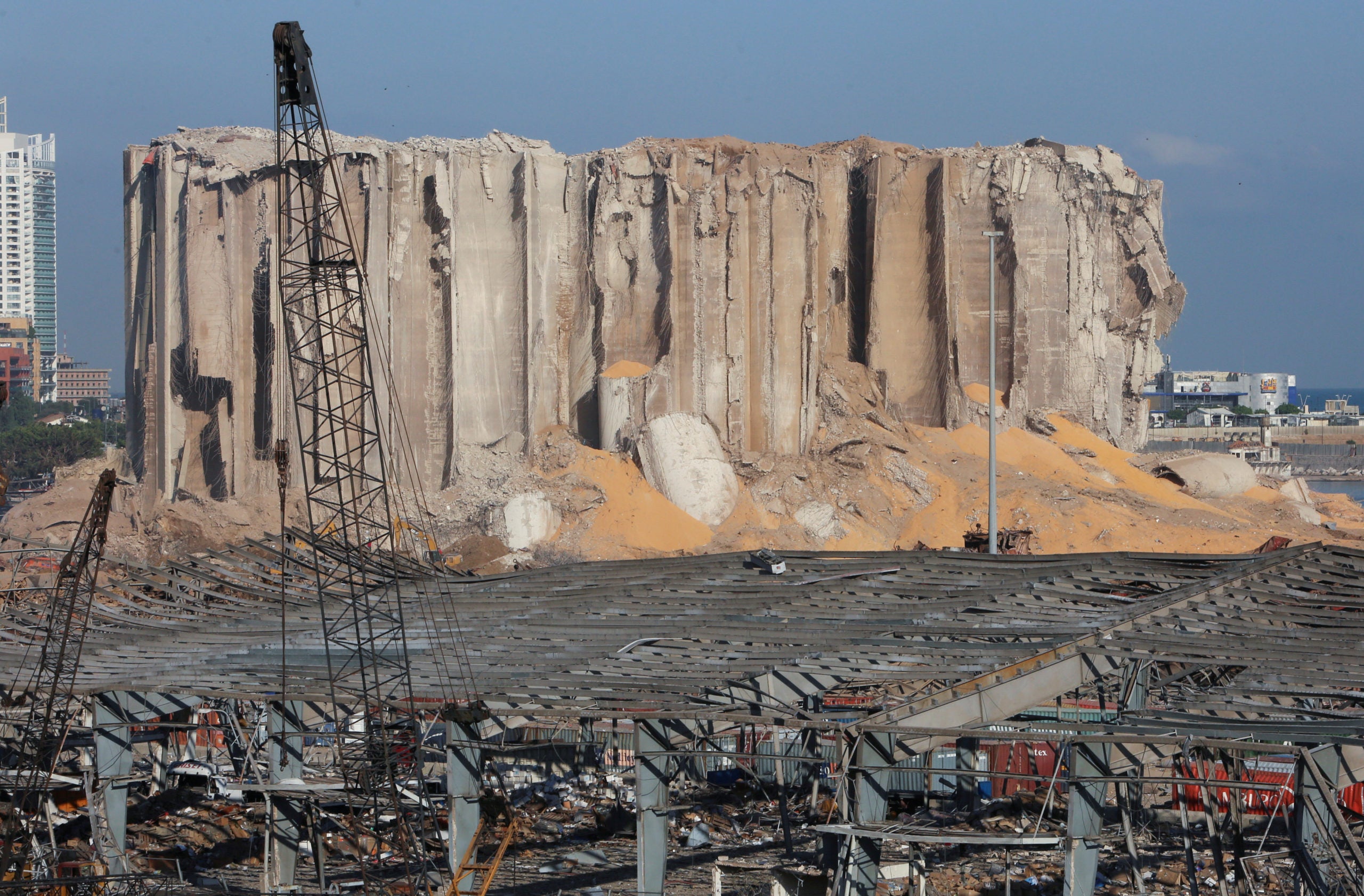 DUBAI/BEIRUT–Beirut’s blast destroyed Lebanon’s only large grain silo, with plans for another in the country’s second biggest port Tripoli shelved years ago due to a lack of funding, the U.N.’s FAO, Tripoli port director and a regional grain expert told Reuters.

The destruction of the 120,000-tonne capacity structure and of the port, the main entry point for food imports, means buyers will have to rely on smaller private storage facilities for their wheat purchases, exacerbating fears of food shortages.

Lebanon, a nation of an estimated 6 million people, imports almost all of its wheat.

“There are smaller storage sites within the private sector millers because they have to store wheat before it is milled into flour,” Maurice Saade, the Food and Agriculture Organization (FAO) representative in Lebanon, told Reuters.

“In terms of grain silos, that was the only major one.”

Dozens are still missing after Tuesday’s explosion at the port that killed at least 154 people, injured 5,000 and left up to 250,000 homeless, in a country already staggering from economic meltdown and a surge in coronavirus cases.

With banks in crisis and one of the world’s biggest public debt burdens, Economy Minister Raoul Nehme has said Lebanon had “very limited” resources to deal with the disaster, which by some estimates may have cost the nation up to $15 billion.

The lack of a dedicated grain terminal, silo or grain elevators in Tripoli illustrates a hand-to-mouth approach to food security.

It mirrors how the state has resorted to emergency plans rather than long-term solutions in other key areas, such as the infamously flawed power sector and messy garbage collection, moving from one quick fix to another since the end of the 1975-1990 civil war.

“It is risky of course,” Hesham Hassanein, a Cairo-based regional grain consultant said.

The country’s private millers, around eight in total, will have to navigate new logistics fast for the supply chain to run smoothly, even after some of them suffered damage from the blast. This means trucking wheat to nearby warehouses at a time when most of the traffic meant for Beirut, not just wheat, will also be diverted to Tripoli.

Lebanon’s government also did not keep a strategic reserve of grains.

“What happens is the private millers store what they don’t have enough space for in their own storage in that Beirut silo and take from there when needed,” Hassanein explained.

“This was the inventory in the country, not a government strategic reserve in that sense and it was usually enough for two-and-a-half to three months of consumption.”

Nehme has said that only 15,000 tonnes were stored at the silo when the explosion hit and that Lebanon needed an inventory of around three months’ supply at any time for food security purposes.

Lebanon imports 90 to 95% of its wheat, mostly from the Black Sea region. The bulk of its local wheat production is durum, a type of wheat more suitable for pasta.

On Thursday, Nehme told Reuters his ministry had been planning to create a strategic reserve of around 40,000 tonnes but had not managed to do so yet.

“I saw we didn’t have a strategic stock, decided to buy one and got the approval of the council of ministers,” he said, adding that they had been in the final stages of negotiations.

“Luckily we did not, it would have been destroyed.”

Overnight rescue operations centered around the grain silo, which towers over the capital’s skyline, into the early hours of Thursday.

Rescuers are still digging under the piles of twisted metal and rubble of the silo in search of survivors. Tonnes of grain, wheat and corn, had spilled out.

Even before the blast, a currency crash and soaring prices had already left many poor, raising fears of widespread hunger.

“WFP is concerned that the explosion and the damage to the port will exacerbate an already grim food security situation – that has worsened because of the country’s profound financial crisis and the COVID-19 pandemic,” a spokeswoman said on Thursday in notes prepared for a U.N. briefing in Geneva, adding it would be providing food parcels to thousands of families.

NO FUNDING, NO SECOND SILO

With damage at the Beirut port under assessment, most traffic is being diverted to Tripoli which already receives around 2 million tonnes of goods a year, its director Ahmed Tamer told Reuters. Its total capacity is 5 million tonnes.

“For grain, we can receive a maximum capacity of around 200-250,000 tonnes. There should be a logistics plan … successful supply chain management,” Tamer said.

The grain received at that port will have to be trucked around 2 km for storage at nearby mills, with no silo at the port.

Logistics could have been simpler had plans for a silo at Lebanon’s second largest port materialized a few years earlier.

The plans for the construction of a grain silo of around 150,000-tonne capacity at Tripoli, part of a wider expansion project that was underway for the whole port, were shelved on a lack of funding, Tamer said.

The plans from three years ago included a complete logistics area serving the silo.

“We did all the maps necessary and prepared all the studies … there was not enough funding,” Tamer said, adding the transport ministry was now re-visiting the project.

“If we can do this as a fast-track project it could be built as quickly as possible and give Lebanon strategic food security.”