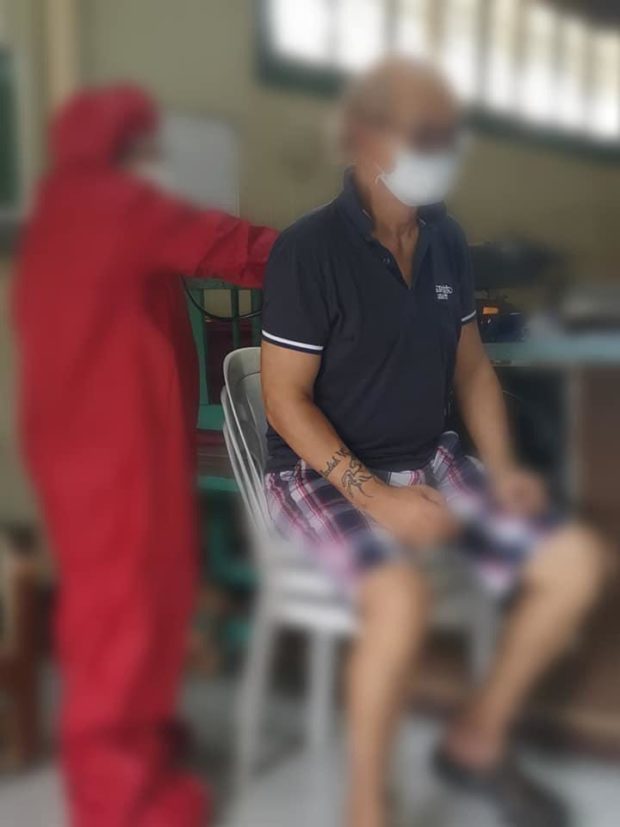 Ex-Solon and cult leader Ruben Ecleo being examined by medical staff at the Bilibid’s Reception and Diagnostics Center./Photo from BuCor PIO

Ecleo, the country’s number 1 most wanted person, has been in hiding for nine years. He was convicted of parricide for the death of his wife. The Sandiganbayan also convicted him for graft and corruption.

The former lawmaker was turned over to BuCor despite a circular from the Office of the Court Administrator that first and second level courts should refrain from issuing commitment orders to BuCor.

“As per Sandiganbayan, this [commitment order] does not run counter to the OCA Circular #125-2020 which directed the first and second level courts to refrain from issuing commitment orders to the BuCor, since the same does not cover the Sandiganbayan, as confirmed by the Chief Justice himself,” BuCor’s Public Information Office said in a statement.

Ecleo has been admitted to the Reception and Diagnostics Center (RDC) following standard operating procedures for new inmates and current strict health protocols.

He will be in an isolation area and will be observed by the RDC medical staff for a period of time following quarantine procedures. [ac]