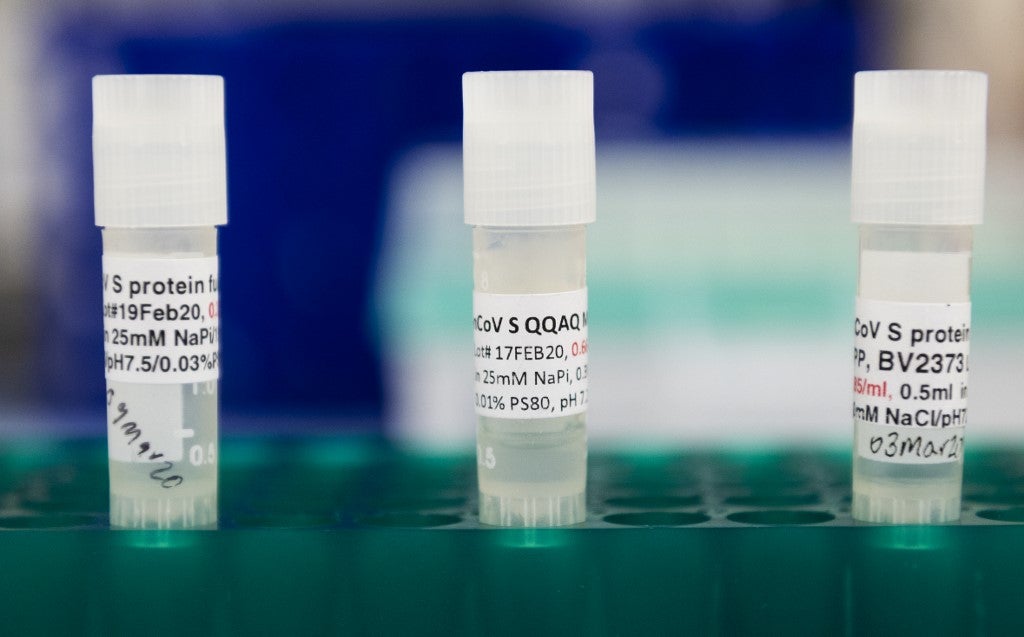 US biotech company Novavax on Tuesday announced its experimental COVID-19 vaccine elicited a robust immune response, producing more antibodies than are present in recovered patients, and with generally tolerable side-effects in its early-stage trial.

The company was given $1.6 billion by the US government last month to develop and fund the drug under Operation Warp Speed — but in terms of timeline it is behind other firms including Moderna and AstraZeneca which have entered the final stages of their trials.

It reported in a press release that the phase one stage of its placebo-controlled trial involved 131 healthy adults aged 18-59 and two dose groups of five and 25 micrograms.

Side effects included soreness at the site of injection, headache, fatigue and muscle pain. These were classified as mild to moderate, and none were severe.

After the first dose, all subjects who got the vaccine developed antibodies that block SARS-CoV-2’s “spike protein,” which it uses to latch on to human cells.

Most also developed “neutralizing antibodies” which are more potent and prevent viruses from infecting cells.

After a second dose given 28 days later, all participants had the more powerful neutralizing antibodies.

Novavax reported that the lower dose performed comparably with the higher dose, which is important when it comes to mass production and because lower doses generally elicit fewer side effects.

Antibodies are infection-fighting proteins made by the immune system.

Another part of the immune response comes in the form of T cells, types of white blood cells that have the capability to kill infected cells and which are increasingly thought to play an important role against COVID-19.

Novavax said it looked for these cells in a subset of participants and found they were present.

The trial was supported by funding from the Coalition for Epidemic Preparedness Innovations (CEPI) and was conducted at two sites in Australia.

Novavax has not yet shared the detailed findings but said it was submitting the research for publication in a peer-reviewed journal and to medical preprint site medrxiv.org.

The final stage Phase 3 trial of its vaccine, called NVX-CoV2373, is set to take place this fall.

The Maryland-based company grows synthesized pieces of the SARS-CoV-2’s “spike protein,” which triggers an immune response, inside insect cells in order to help scale up production.

It also uses an “adjuvant,” a compound that boosts the production of neutralizing antibodies.

In the spring, the company said it had proven the efficacy of a seasonal flu vaccine it had developed using the same technology.