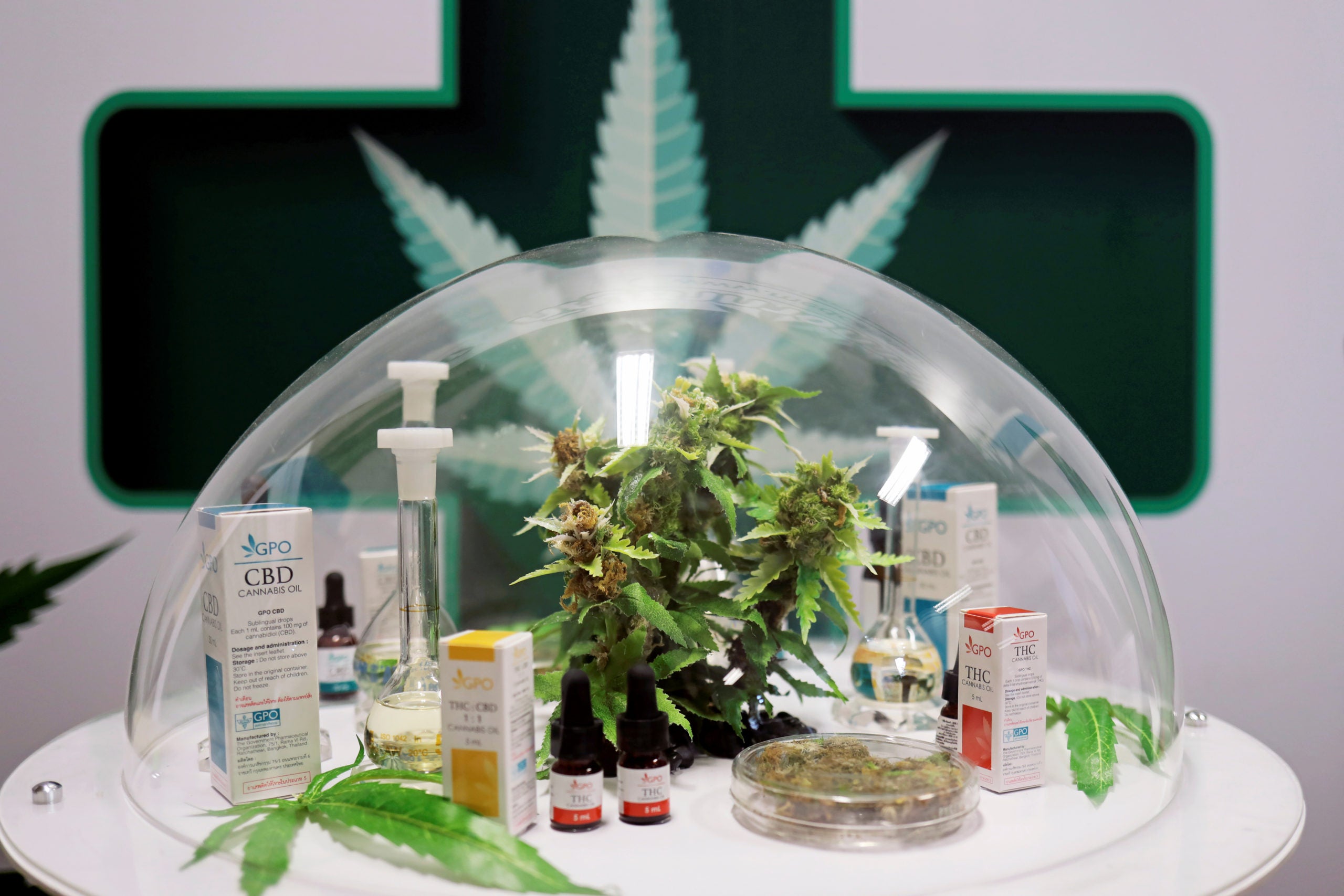 FILE PHOTO: Cannabis oil products made in Thailand are seen on display during the launch of the first official medical cannabis clinic to provide free treatment for the first batch of patients taking part in a monitoring research program in Bangkok, Thailand January 6, 2020. REUTERS/Jorge SIlva

BANGKOK– Thailand’s cabinet approved amendments on Tuesday to its narcotics act to allow private production and sale of marijuana for medical use, officials said

With a tradition of using the leaf to relieve pain and fatigue, Thailand became the first Southeast Asian nation to legalize marijuana in 2017 for medical use and research, but only the government was allowed to grow plants.

“The law will promote the pharmaceutical industry and increase competitiveness, which will be important for Thailand in becoming a leader in medical cannabis,” Public Health Minister Anutin Charnvirakul also told reporters.

Cannabis still remains a category five drug under Thai law, however, and illegal possession is punishable by up to 15 years in prison and fines of up to 1.5 million baht ($48,000).

The amendments are to be sent for legal review before going to the Thai parliament.

While countries from Colombia to Canada have legalized marijuana for medical or even recreational use, the drug remains illegal and taboo across much of Southeast Asia, which has some of the world’s harshest punishments for drug law violations.

Marijuana traffickers can be subject to the death penalty in Singapore, Indonesia and Malaysia.