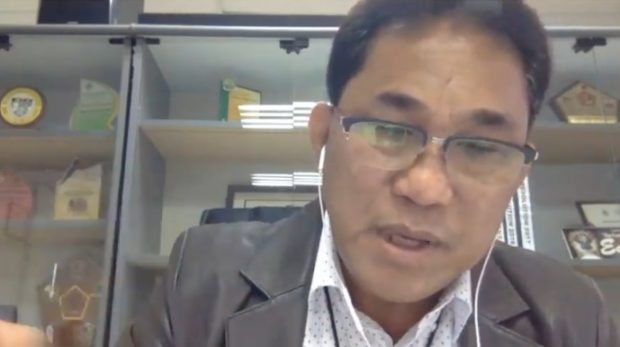 MANILA, Philippines — Among the questionable items under the proposed P2.1-billion information technology (IT) project of Philippine Health Insurance Corp. (PhilHealth) include two sets of purchases for brand-new laptops worth a total of P4.1 million and P115 million, a sitting board member of the agency told a Senate on Tuesday.

PhilHealth board member Alejandro Cabading, an accountant, told the Senate committee of the whole investigating allegations of the corruption in PhilHealth that he discovered that the amount proposed for the agency’s IT budget and financial reports “does not add up.”

The Commission on Audit (COA) earlier flagged the IT project to be rife with irregularities.

COA and PhilHealth’s own auditors found it “anomalous” the planned procurement of various equipment worth P734 million, which was not contained in the original budget proposal submitted by the state insurer.

A group of COA auditors, in their report in May, found the budget for five “ICT (information and communications technology) resources”—computers, scanners and other items—was overpriced by P98 million.

“There was really an intent to confuse…by splitting one item into two items by listing different descriptions,” Cabading went on.

Among the items in the proposal, whose amounts are much higher or are not included in the agency’s Information Systems Strategic Plan (ISSP), include an Adobe Master Collection software, among others.

The said software, which cost P168,000 per unit, was listed in the proposed P2.1-billion IT program budget at P21 million, Cabading noted.

He said laptops were listed twice, with no indicated number of units, at P4.1 million and P115 per set of purchase under the proposed budget.

According to Cabading, he tried to bring the “anomalous” proposals with the agency’s board and management but to no avail.

“I tried my best to find a solution to the concerns internally by bringing it up with the board and with the management but the most frustrating part is that management seems to be tolerating these fraudulent acts by their inaction against these executive officers of PhilHealth who are obviously compromised,” he said.

For his part, PhilHealth president and CEO Ricardo Morales defended the proposed P2.1 billion budget for the agency’s IT program.

PhilHealth’s current system, he added, is “fragmented, aging and overextended ministered by overworked IT professionals.”