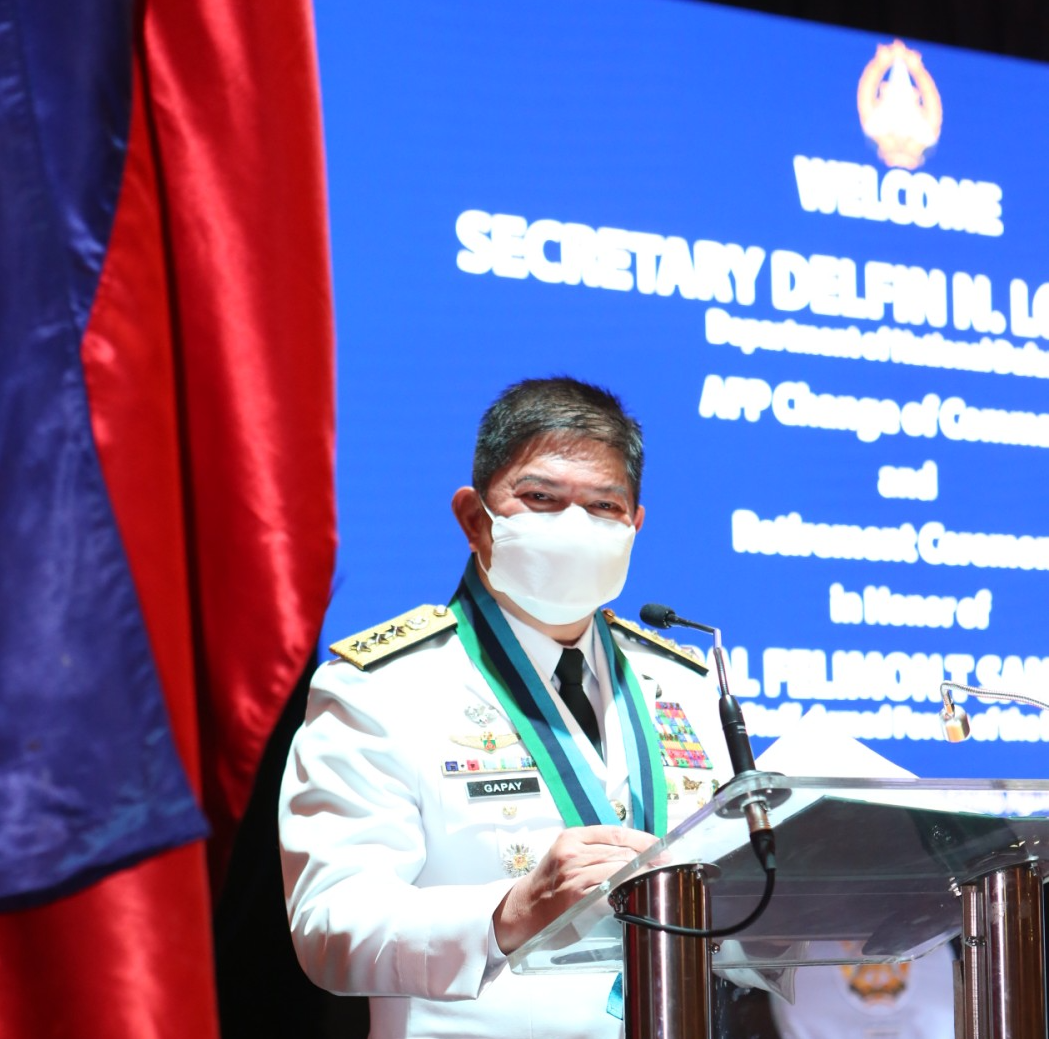 Lt. Gen. Gilbert Gapay assumes as the 54th chief of staff of the Armed Forces of the Philippines. He will retire on Feb. 2021. AFP PAO

MANILA, Philippines—The new chief of staff of the Armed Forces of the Philippines (AFP), Lt. Gen. Gilbert Gapay, assumed office on Monday (Aug. 3), listing insurgency and terrorism as his biggest targets and armed with a new weapon that could help him hit those—a tougher anti-terrorism law.

Gapay, in his first speech as the new AFP chief, said his priorities were to bring an end to communist insurgency, which many AFP chiefs of staff before him had failed in, and help enforce the Anti-Terrorism Act and President Rodrigo Duterte’s Executive Order No. 70.

The new law and Duterte’s EO could be the toughest laws yet enacted against terrorism and insurgency. But Duterte, in recent statements, tagged communist rebels as terrorists, which meant provisions of the Anti-Terrorism Act could be applied to them as well.

In his speech at Camp Aguinaldo, the military headquarters in Quezon City, Gapay said he won’t allow the COVID-19 pandemic to get in the way of his objective to “place a definitive end to terrorism” and insurgency.

“There will be no letup as we continue to be at the forefront of this threat,” he said.

The new Anti-Terror Act carries provisions that are now being questioned at the Supreme Court for being unconstitutional. One of those was allowing a new body, the Anti-Terrorism Council, to have the judicial powers of issuing arrest warrants though no member of the judiciary would seat in the council. Another is the extended period during which a terror suspect can be detained without the filing of charges.

Critics said the new law could just be used to stifle dissent.

Gapay, the 54th chief of staff of the AFP, replaced his classmate from Philippine Military Academy “Sinagtala” Class of 1986, Gen. Felimon Santos Jr., who reached the mandatory retirement age of 56.

The new AFP chief of staff will have 6 months to serve before his compulsory retirement.

Gapay said his other priorities during his six-month tenure include the continued modernization of the AFP and its future force structure.

Gapay said the AFP would not falter in the face of challenges on territorial integrity, terrorism, natural disasters and even infectious diseases.

“Your leadership abilities will be tested,” Lorenzana said.