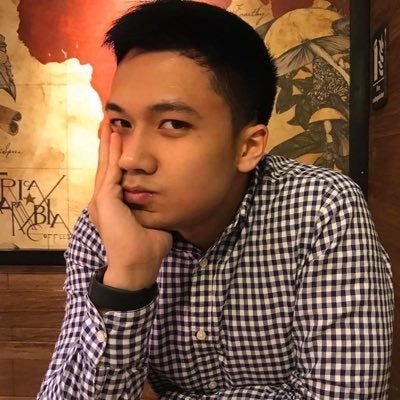 MANILA, Philippines — Journalism schools have always tried to maintain the balance between utilizing the power of the press and knowing when to shut it down, to avoid it being construed as a form of bias.

However, journalism professors would also tell you that there are certain biases that journalists — who are as human as everybody is — cannot avoid, like bias for the environment’s protection, bias for good governance, human rights, and of course, free speech.

So when ABS-CBN’s free television and radio broadcasts were shut down due to a franchise issue, a lot of people in the industry made their stand clear: the closure of the media giant is a big blow to press freedom.

The views of People’s Television (PTV-4) host Jules Guiang were not different: having studied under one of the country’s best, if not the best journalism programs, the immediate reaction was to air his sentiments through social media.

But he believes it cost him his job that he has learned to love: PTV-4, a state-run media organization, supposedly opted not to renew his contract.

“So from main host, I was demoted to segment host in June. Then in July I was expecting a call to be informed about my new segment, rather I was informed that my contract will not be renewed anymore. There was no black and white, only verbal,” Guiang told INQUIRER.net.

“I don’t understand the exact reasons why I was demoted, but I’m certain that my Tweet about the ABS-CBN franchise wherein I connected it to the labor issues in PTV was the reason why my contract was ended abruptly,” he added.

For most of the quarantine periods that forced a lot of people to stay at home, social media became a default to express raging emotions — both political and personal.

Even when government eased the lockdown measures and even when people have resumed holding protest movements, many still used social media to point out supposed flaws in the government’s approach to the COVID-19 pandemic.

Again, Guiang is no different: after all, he is a young journalist well-adept in using cyberspace to report, he has been active on microblogging site Twitter for a long time.  He currently has over 10,000 followers — high numbers for a young media practitioner in the country.

His tweet about leaving PTV-4 showed that he has been always like this — vocal, as he shared being reprimanded before for speaking on issues involving both the past and current administration despite being employed by the government.

And he believes it is not a problem.

“But I guess, like in any family, you have someone who is stubborn, very much hard-headed, and I guess that’s me.  My being vocal has put me in trouble so many times, from speaking up against PNoy about SAF, being impassioned that ‘rape is not a joke,’ saying that Mocha Uson is a disaster,” Guiang said in his tweet.

Social media is a big thing already, but observers believe its political powers have not been fully realized — which, they say, make politicians nervous.

In the United States, users from social networking app TikTok and Korean pop music (K-pop) fans were the reason why incumbent president Donald Trump’s rally in Tulsa, Oklahoma showed thousands of empty seats.  Netizens said they led campaigns to reserve for tickets without actually showing up to the event.

Aside from that, K-pop fans also spammed racist hashtags in Twitter allegedly propagated by Trump supporters by posting a lot of fancams, or videos of K-pop idols’ sing and dance performances — using the racist hashtags.

CedarBough Saeji, an expert from Indiana University who studies the K-pop genre, said last June that the Tulsa rally showed the power of K-pop fans who have been associated with people of color and progressive movements in the US.

“K-pop has a culture of being responsible,” Saeji told AFP. “K-pop fans in general are outward-looking, socially conscious people and K-pop in the United States is very heavily supported by people of color, by people who identify as being LGBTQ.”

“Fans are online all the time… K-pop organizers are primarily on Twitter,” she added, noting that the fans’ understanding of internet algorithms gives them even more power in terms of organizing online causes.

Social media and the mainstream media

The accessibility of social media and its potency — a few clicks can change a person’s life or steer a country towards uncharted territory — have led media organizations to craft social media policies.

But Guiang said PTV-4 does not have one, which further raises questions on why his stand for the resumption of ABS-CBN’s operations had impacted his contract, when there are no available guidelines.

Guiang said he proposed crafting rules on social media use after he was suspended for a separate matter in the past, but it was not implemented.

“We don’t have social media policies. It’s appeared to me that it should just be a ‘common sense’ for any person working in government not to criticize government. BUT I have a set of non-negotiable issues that I really need to speak up especially if it involves workers’ rights, human rights, misogyny, among others,” Guiang explained in his message to INQUIRER.net

“When I was suspended in 2019 for another Tweet, I used that opportunity to propose if I may form a Social Media Policy for our workers. I did prepare one but I had to update about this,” he added.

Guiang also noted that he was the only person in PTV-4 whose contract was affected with such issues.  According to him, he was invited by PTV-4 General Manager Kat de Castro — daughter of ABS-CBN broadcasting mainstay and former vice president Noli de Castro — to discuss the issue.

It did not happen, he said.  INQUIRER.net has reached out to De Castro to air her side of the issue, but she has yet to reply as of posting time.

“To be fair to GM Kat De Castro, initially she reached out to me about the matter. She didn’t even condone it. Even added that she was as vocal as I am when she was younger,” he said.

“She invited me for a dialogue so I can further explain myself. Unfortunately it didn’t happen,” he added.

So what’s next for Guiang?

“In the meantime I’ll focus on our start-up online media channel called ‘Quarantalk Media’ […] I’ll also start exploring opportunities though to be honest it will be very difficult because we’re in a middle of a pandemic and I’m part of the 7 million unemployed who are looking for jobs as well,” he said.

“On the advocacy-side, I’m thinking of doing a campaign regarding labor issues,” he added.

After ABS-CBN’s operations ceased, its officials announced that they would be adopting a retrenchment plan starting August that would leave thousands of workers without a job during this period of pandemic.

And now Guiang is one of them, because he thinks he held on to his beliefs.