Magalong, a retired police general who was recently tapped as the government’s lead official on contact tracing, said many LGUs failed to detect many infected people in their areas.

He said the national government had sent online diagnostic questionnaires to 1,900 LGUs to evaluate their contact tracing efforts. Only 600 of them, however, had submitted their responses, he said.

“Based on the 600 responses, the data we gathered is that only around .68 percent has a relatively good contract tracing [system],” Magalong told a radio interview on Thursday.

While LGUs were concentrating on the number of contact tracers just to comply with government rules, most of the contract tracing mechanisms were “not properly established,” he said. 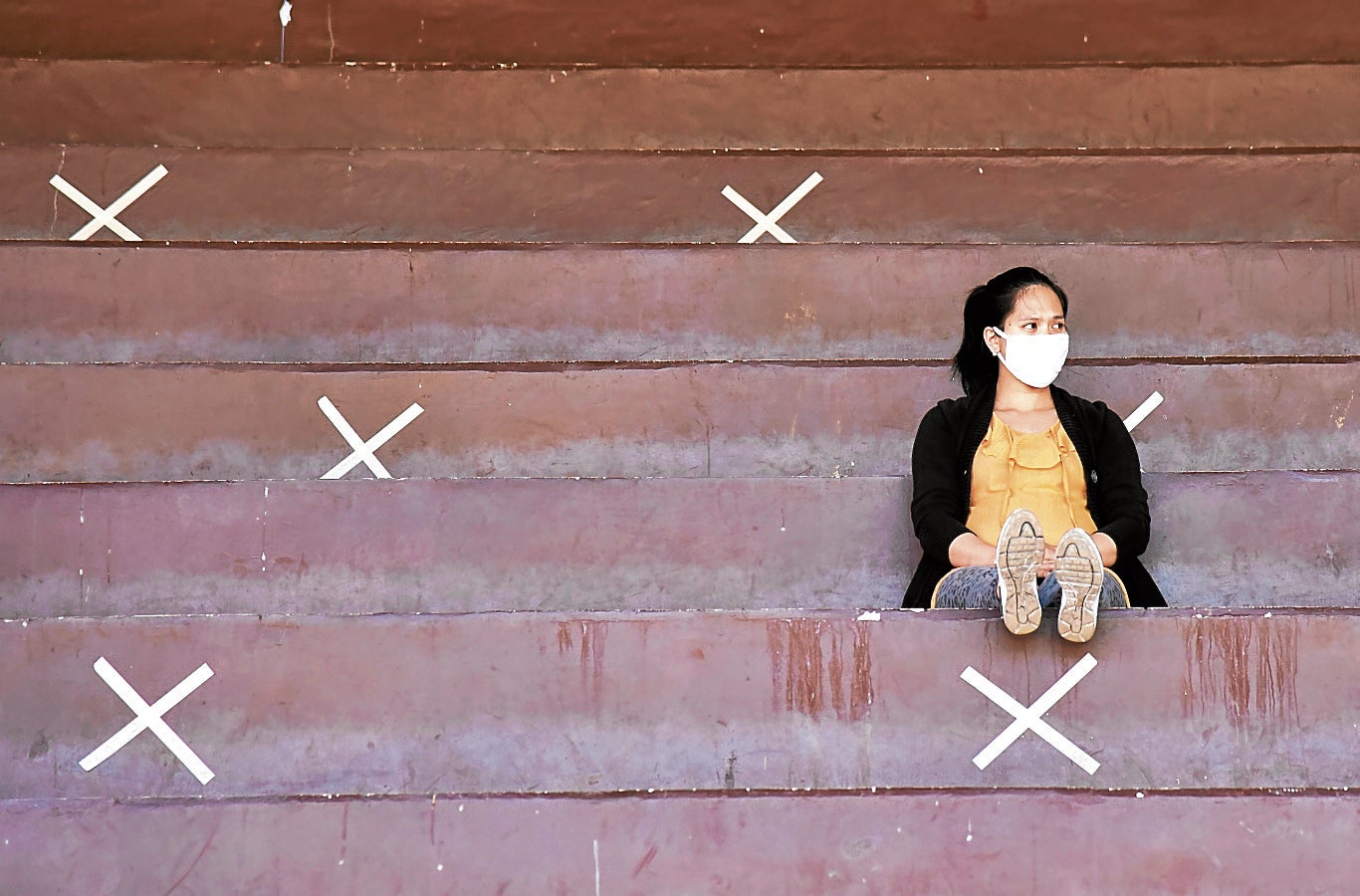 DESIGNATED SPOTS Strips of masking tape mark designated spots at Burnham Park’s Athletic Bowl grandstand, where people leaving Baguio City wait for their turn to be interviewed at a triage area. The local government has been strict in enforcing health protocols, including physical distancing in public areas, to contain the spread of COVID-19 in the summer capital. —EV ESPIRITU

Magalong, who spoke during the online seminar arranged by the League of Cities of the Philippines last week, said less than 2 percent of local governments had well-established contact tracing capabilities, noting that correct information was crucial to get a clear picture of infection in an area.

Citing the situation in Cebu and Quezon cities, Magalong said the high rate of transmission in these areas was due to wrong or lack of information.

According to Magalong, police have the investigative skill to locate people and to draw out information, particularly from traumatized patients who would be too distracted from releasing information about their activities.

The standard set by the Inter-Agency Task Force for the Management of Emerging Infectious Diseases is the identification of 37 contacts per day per patient, based on Baguio’s experience.

The contacts may include neighbors, jeepney drivers and vendors of food and other items.

“Within the first 24 hours, we can identify 70 to 80 percent [of potential contacts],” Magalong said.

But in the radio interview, Magalong said only about eight close contacts for each COVID-19-positive patient were being traced.

“Can you just imagine if you trace only eight contacts per patient, the backlog will be really huge. Assuming that the benchmark is 37, then you already have 29 close contacts who are unaccounted [for]. If they have 10 cases a day or more, then we have a huge unaccounted [close contacts],” he said. —WITH A REPORT FROM NESTOR CORRALES