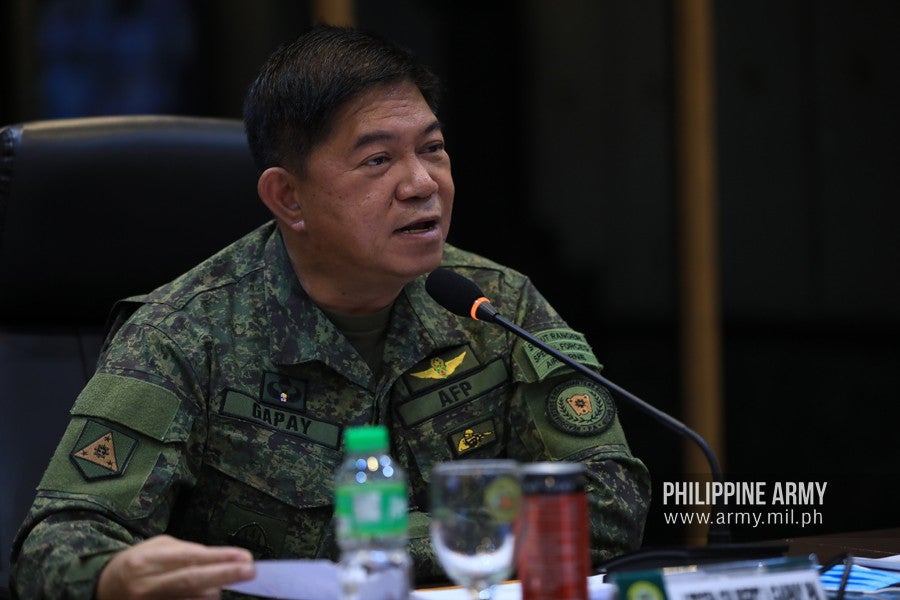 Lt. Gen. Gilbert Gapay is the new chief of staff of the Armed Forces of the Philippines. OACPA

MANILA, Philippines—President Rodrigo Duterte has named Army commanding general Lt. Gen. Gilbert Gapay as the next chief of staff of the Armed Forces of the Philippines (AFP).

Gapay will replace retiring Gen. Felimon Santos Jr., who is stepping down from service as he reaches the compulsory retirement age of 56 on Aug. 4.

The incoming AFP chief will have a tenure of at least six months. His mandatory retirement date will fall on Feb. 4, 2021.

Gapay, like Santos, is a member of the Philippine Military Academy “Sinagtala” Class of 1986. He finished on top of his class.