newsinfo / Nation
Nation
the demands of time is different now

Gamboa tells UP admin: Don’t exercise too much of chartered independence 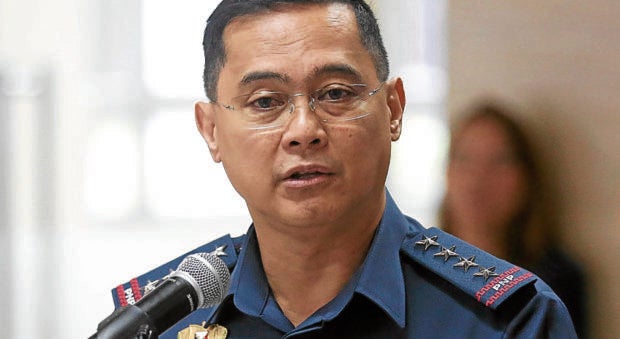 MANILA, Philippines — Philippine National Police (PNP) chief Gen. Archie Gamboa on Wednesday said that the University of the Philippines should not exercise too much of their chartered independence as police allow protests inside the university’s campus.

“Even before the start of Sona (State of the Nation Address), constantly sinasabi ko sa regional director and even me, (I) gave a fair warning to everyone that look, the demands of time is different now because of the pandemic and look for the basis of arrest. We should contextualize it,” PNP chief Gen. Archie Gamboa said in mixed Filipino and English, over ANC when asked about PNP’s right to arrest protesters during the fifth Sona.

“Now, sinasabi namin kung gusto niyo magprotesta, sa UP. But of course, UP, tignan niyo rin doon because you should police your activities there. Huwag ninyo masyadong i-exercise yung chartered independence ninyo the police would just be there to react kung kailangan niyo ang Philippine National Police,” he added.

(Now, we are saying that if you want to protest, go to UP. But of course, UP, you should look into this because you should police your activities there. Don’t exercise too much of your chartered independence because the police would just be there to react if you need the PNP.)

Under the UP-Department of National Defense Accord of 1989, law enforcers are off limits concerning activities inside UP campuses.

Arrested protesters will face complaints for violation of local ordinances, not the Bayanihan to Heal as One Act, which expired on June 25, Gamboa also noted.

“We did not file cases against them based on the Bayanihan Act because provisions of Bayanihan Act are very specific,” PNP chief said.

Thousands of members of various organizations and sectors flocked to UP Diliman in Quezon City on Monday, July 27, to hold anti-government protests which coincide with the President’s fifth State of the Nation Address.

Police arrested five jeepney drivers who were on their way to the rally in Quezon City.