US warns against planting unsolicited seeds from China

CHICAGO — The U.S. Department of Agriculture is warning Americans not to plant unsolicited packages of seeds that appear to be arriving from China. 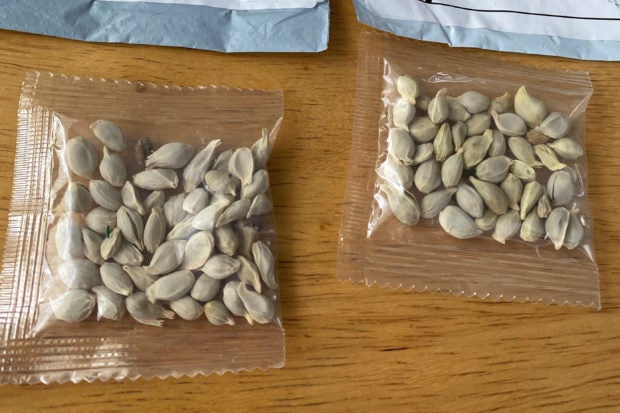 States stretching from Washington to Virginia have also told residents not to put the seeds in the ground, after they arrived in the mailboxes of people who did not order them. Officials said the seeds could grow invasive species that threaten crops or livestock.

The USDA said on Tuesday it was collecting the seeds and would test them to determine if they were a concern to agriculture or the environment. The agency is working with states and the Department of Homeland Security’s Customs and Border Protection to investigate the packages, according to a statement.

The USDA said it had no evidence the shipments are something other than a “brushing scam,” in which people receive unsolicited items from a seller who then posts false customer reviews to boost sales.

The packages “appear to be coming from China,” according to the USDA. On Monday, the agency said it was “aware that people across the country have received unsolicited packages of seed from China.”

Relations between Washington and Beijing have deteriorated this year to what experts say is their lowest level in decades over issues ranging from trade and technology to the coronavirus pandemic.

Records on the packages appear to have been falsified, according to checks by China’s postal service, which has asked for them to be sent to China for investigation, he said at a daily news briefing.

State officials said some packages were labeled as jewelry and may have contained Chinese writing. They asked recipients to keep the seeds in sealed plastic bags until authorities collect them.