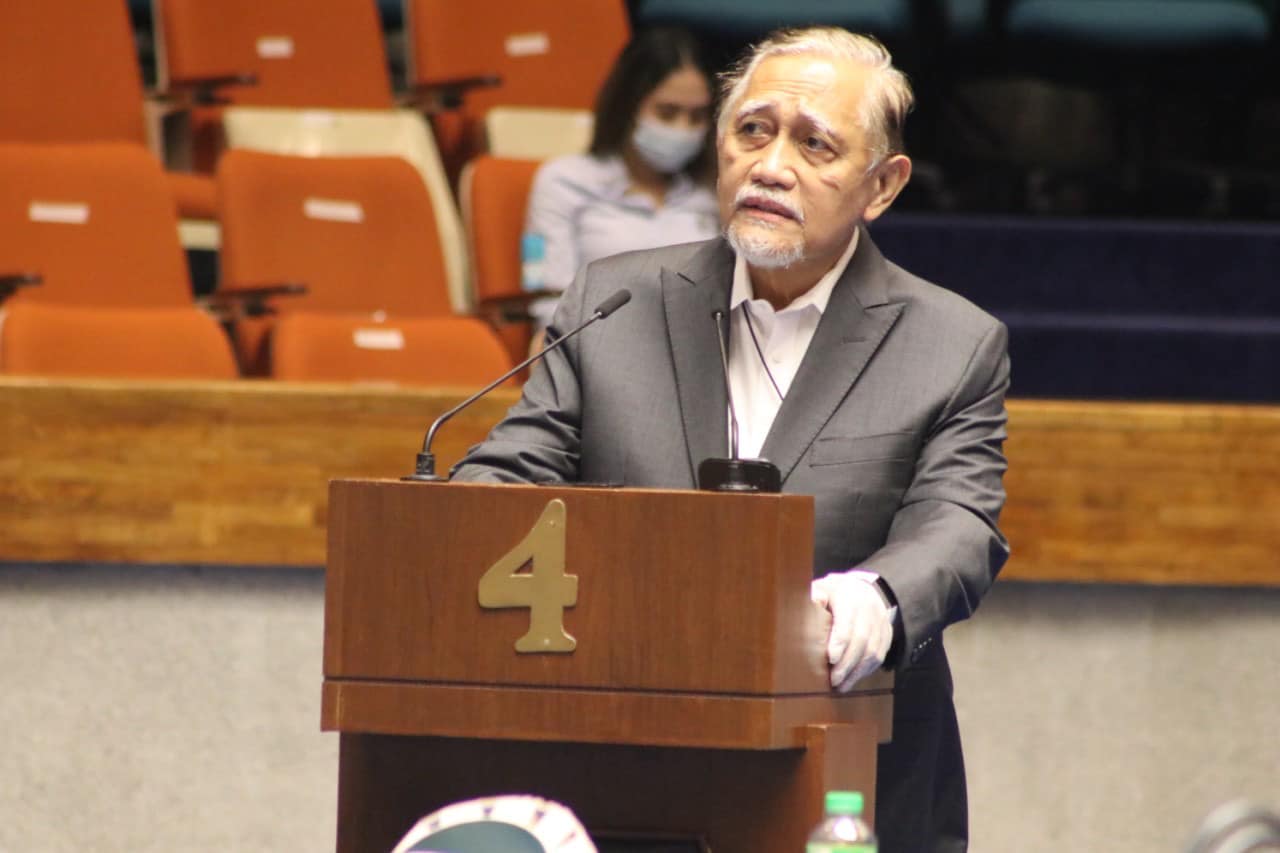 MANILA, Philippines — House Minority Leader Bienvenido Abante Jr. on Tuesday underscored the need for the government to have a plan to beat the coronavirus pandemic as well as a roadmap on how the country will recover from it.

In his Contra-SONA speech, a speech traditionally delivered by the minority leader before members of the House following the State of the Nation Address, Abante said that acknowledging the shortcomings and problems faced by the country is the first step in finding solutions.

Abante said that the continuous rise in the number of coronavirus disease (COVID-19) cases in the country is alarming and that the public is now asking about the government’s plans to beat the pandemic.

While the House leader lauded the increase in the testing capabilities of the country, he had one question in mind: What comes next?

“What does the government plan to do as it identifies more and more Filipinos with the virus? What are the steps it will take to systematically reduce the number of people who contract this disease?” Abante asked.

Abante asked the government regarding its plans to help medical frontliners, saying that a mere expression of gratitude is not enough.

“What will it do to capacitate our hospitals and prepare our frontliners for the surge of new cases? I am sure at this point––after all the sacrifices our medical personnel have made––that everyone can agree that our doctors, nurses, and heroes in white deserve our gratitude,” Abante asked.

The House leader pointed out concerns of medical frontliners such as their need for hazard pay, mandatory testing, and protective equipment.

Further, Abante asked about the plans of the government for medical frontliners to be protected from the pandemic.

Abante likewise pointed out the importance of planning properly as he shifted his attention to the Balik Probinsiya Program.

“We need to avoid situations like that in Rizal Memorial Coliseum, where thousands of stranded Filipinos supposedly bound for the province are now crammed together––without the benefit of social distancing––while waiting to be tested before they are transported back to their homes,” Abante said.

(The intention of the Balik Probinsiya Program is good. But we are seeing that our local government executives are worried that about the return of the people to provinces as it could cause a lot of problems to their municipalities.)

Abante said that supposedly, the purpose of the program is to help our poor countrymen who have no way of going home to their respective provinces but now, “instead of helping them, these LSIs (locally stranded individuals) may have been needlessly exposed to the virus.”

(This is what we are saying, the intention is god but if it was not planned properly, it won’t help. It might even cause more issues.)

“Simply put: if we fail to plan properly, our plan will undoubtedly fail. We need a comprehensive, coherent strategy to beat COVID-19––one that is not dependent on the development of a COVID-19 vaccine, the mass production of which may be months away,” the House leader added.

Abante likewise pointed out the impact of the pandemic to the country’s economy, saying that President Rodrigo Duterte, in his speech, called on Congress to pass the Bayanihan To Recover As One Act or Bayanihan 2.

But citing Marikina City 2nd District Rep. Stella Luz Quimbo, an economist, Abante said that the budget proposed in Bayanihan 2 “may be insufficient.”

“As pointed out by my colleague, Assistant Minority Leader Stella Quimbo, the amounts proposed in Bayanihan 2 may be insufficient if the intention is to fully revive the economy; after all, our ultimate goal should not be to just keep our economy breathing, it should be to help get it back up and running,” Abante said.

Abante expressed support towards the Accelerated Recovery and Investments Stimulus for the Economy of the Philippines Act (ARISE), which he said is a long-term rehabilitation and treatment to respond to the pandemic.

(This is a clear plan with a comprehensive package that is supported by the private sector and the House of Representatives.)

“We submit that we in Congress have an obligation to convince our counterparts in the Executive that we need this 1.3 trillion-peso stimulus package,” he added.

Saying that a “constructive SONA” is needed, Abante said that this is not the time for pointing fingers.