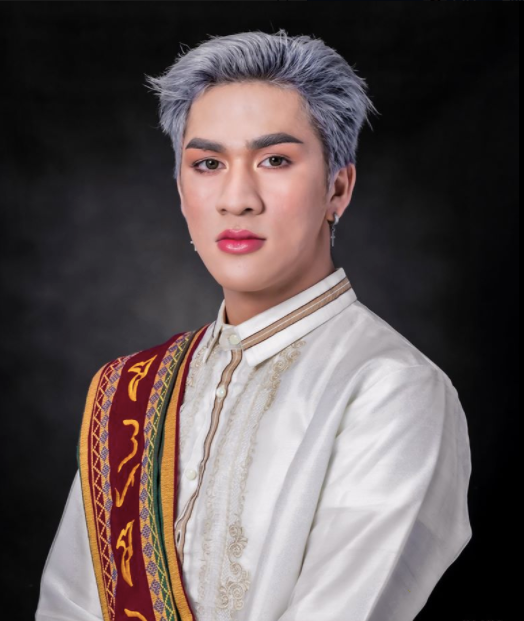 Principe, who finished his Bachelor of Science in Applied Physics, narrated his journey from eating restaurant leftovers to becoming a degree holder from the country’s top state university, as per his Facebook page last Saturday, July 25. Not only did he earn his degree with honors, he also gets to represent the LGBTQ+ community in the field of science.

Principe clarified that while his success should be celebrated, it should also make others face the “enraging” truth about the education system.

At 8 years old, Principe dreamed of becoming an astronaut as a means to escape this world.

He recalled how it used to be painful to see his classmates enjoy fresh food during lunch while he had to make do with a reheated, half-eaten chicken drumstick from people he do not know.

“We just migrated to Cagayan de Oro after we lost our home in Compostella Valley from [a] fire. We’re left with nothing, as in WALANG-WALA (nothing at all),” he said. “Education was our only way out of extreme poverty but even that was hard.”

Fast forward to his college life, Principe got in the university and initially studied Physics, then eventually shifted to Applied Physics, because “that’s the closest I’ll ever be to studying ASTRONOMY.”

Principe also acknowledged how fortunate he was to have support “pouring [from] all directions.”

“I dedicate this victory wholeheartedly to every single Filipino to whom I owe my UP education, and for that I vow to serve this nation with my utmost honor and excellence,” he said.

“I refuse to be labeled as the cream of the crop, because I believe Filipinos should stand beside me in this victory, not behind me,” Principe explained.

He said he disagrees with the notion that attaining a college degree should be as hard as “passing through the eye of a needle.”

“I believe with all my heart that education is a right, not a privilege,” he stressed.

“I refuse to believe that poverty is NOT a hindrance to success because it is, my victory is an exception but it is not the norm,” Principe added. At the same time, he also refuses to “believe that life is inherently UNFAIR because it shouldn’t be.”

The UP graduate then highlighted the “inequality” maintained by the “ruling class” which makes the “the rich much richer and the poor much poorer.” Principe credited his university for opening his eyes and teaching him that learning is not confined within the four corners of a classroom.

“Let the inaccessibility of our healthcare enrage you. Let the expensiveness of education enrage you…,” he said. “That rage is valid because it is rooted from your empathy towards the oppressed and the underprivileged.”

Principe disclosed that growing up, he did not have any role model to look up to as a queer individual.

“There ain’t no queer astronauts or queer versions of Einstein, not that I know of,” he said. “I hardly knew any Filipino scientists too.”

“I’m always proud of how our community dominated the entertainment industry and so, let my victory be a symbol that we the LGBTQ+ community has always had something to contribute to the science community too,” he said.

After graduating, Principe will be pursuing a master’s degree in Physics at the university. He will also be working as a junior faculty in its National Institute of Physics this coming semester. JB

How ‘Dekada ’70’ invites young people to embrace their strengths, and care