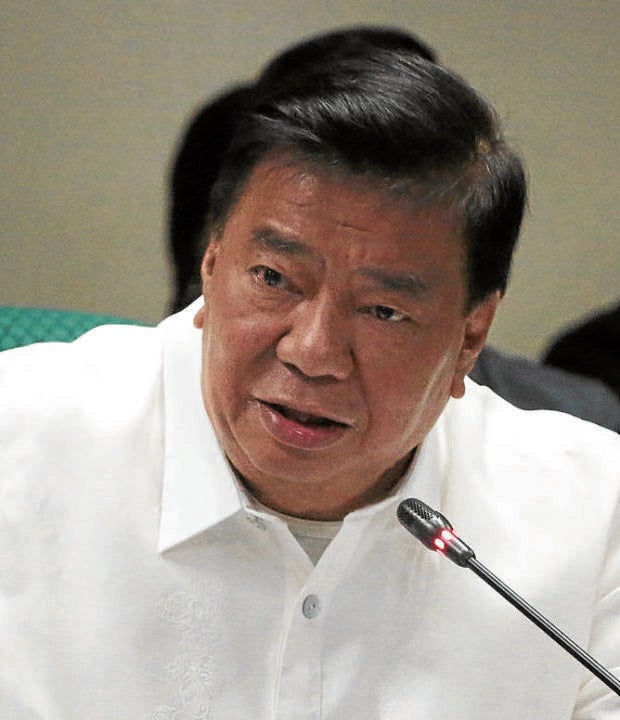 MANILA, Philippines — For Senate Minority Leader Franklin Drilon, the government should first reform its justice system before putting the reimposition of death penalty on the table.

Drilon made the remark after President Rodrigo Duterte, in his fifth State of the Nation Address, once again called on Congress to reimpose death penalty in the country for drug-related charges.

The Senate minority leader said he has opposed death penalty ever since.

“I just want to say that I have consistently opposed the imposition of the death penalty because of our deficiencies in our justice system. You make the mistake in imposing the death penalty, you can never correct that mistake,” Drilon said.

“Therefore, I have said let’s reform our law enforcement and justice system before we even think of re-imposing the death penalty,” he added.

In his speech, Duterte pushed for the revival of death penalty by lethal injection for crimes specified under the Comprehensive Dangerous Drugs Act of 2002.

In the 18th Congress, several bills seeking the revival of the death penalty are now pending at the committee level in the Senate.

To recall, in the 17th Congress, the House of Representatives gave its nod to House Bill No. 4727 seeking to reimpose capital punishment for heinous and drug-related offenses, but it did not prosper in the Senate.

Senator Ronald “Bato” dela Rosa, former chief of the Philippine National Police (PNP), said Duterte’s push for the revival of death penalty for drug-related crimes will “boost” its chances of approval in Congress.