MANILA, Philippines – Resigned Philippine Health Insurance Corp.  anti-fraud legal officer Thorrsson Montes Keith said  PhilHealth president and CEO Ricardo Morales has been the “coddler or may have been the new leader of the syndicate” preying on the premiums paid by the state insurer’s members. 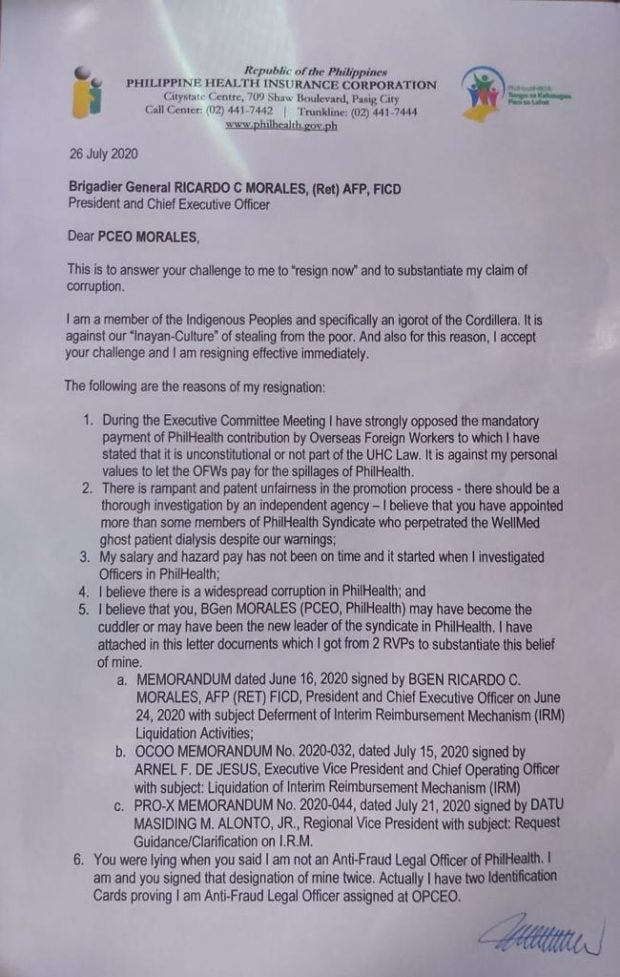 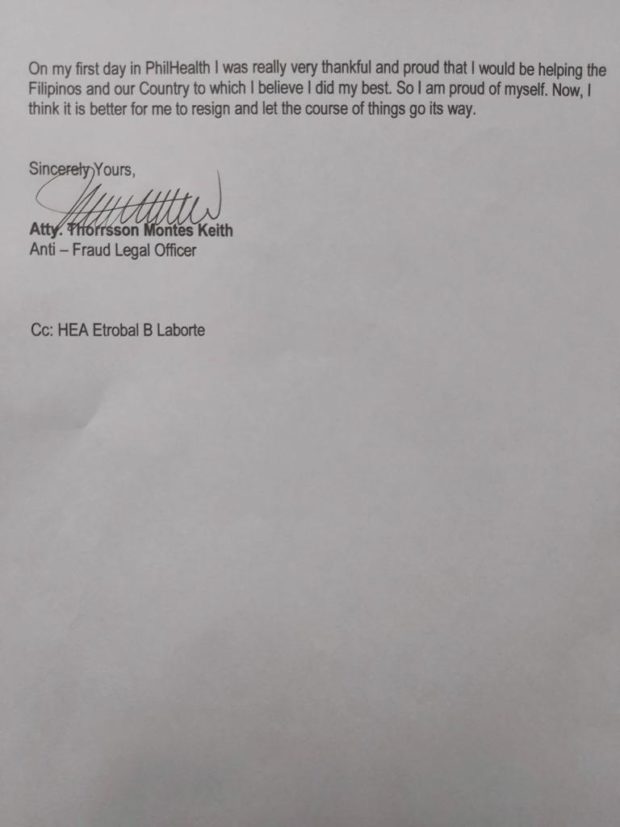 In a two-page latter to Morales dated July 26, Keith reiterated that irregularities had remained “widespread” in PhilHealth a year after President Duterte sacked senior executives allegedly behind the “ghost” dialysis patients scam and other fraudulent transactions.

“I believe that you, BGen Morales (PCEO, PhilHealth), may have become the cuddler (sic) or may have been the new leader of the syndicate in PhilHealth,” Keith said.

“I believe there is a widespread corruption in PhilHealth,” he said.

He said he has in his possession “letter documents” proving his allegations against the PhilHealth chief.