Plane crashes into a residential building in Germany; 3 dead 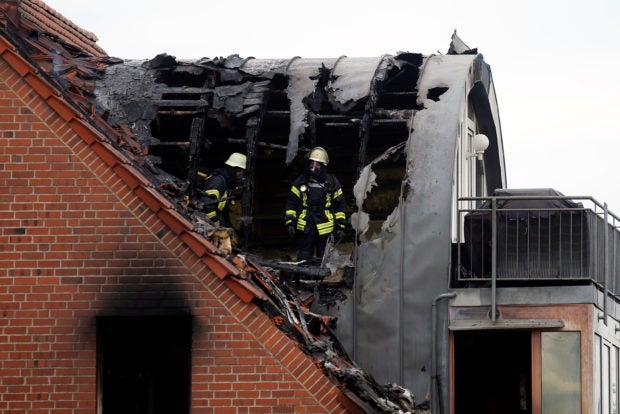 Rescue forces are seen at the scene where an ultra-light aircraft has crashed into a residential building in Wesel, Germany, July 25, 2020. REUTERS/Leon Kuegeler

WESEL, Germany — A small aircraft crashed into a residential building in the German state of North-Rhine Westphalia, killing three people and injuring a child, police said on Saturday (25 July).

The roof of the apartment building in the town of Wesel caught fire after the microlight plane crashed into it, a police spokesman said. The fire is now under control.

It was not immediately clear whether the pilot was among the dead found in the building.

Witnesses told local media that the aircraft had collided with a hot-air balloon shortly before the crash.

Regional broadcaster Westdeutscher Rundfunk reported that a child living in the building had been slightly injured. It also said that a parachute was found nearby and presumed to be the aircraft’s emergency parachute.

Wesel is about 50 kilometers north of the city of Duesseldorf.