Diocese of Legazpi: Day of Prayer and Fasting on Duterte’s 5th SONA

LEGAZPI CITY – The Diocese of Legazpi has declared a “Day of Prayer and Fasting” in all parishes in Albay on Monday, when President Rodrigo Duterte is expected to deliver his fifth State of the Nation Address (SONA). 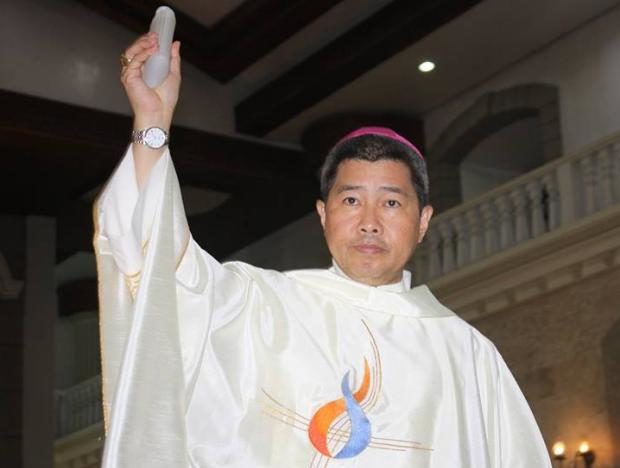 Bishop Joel Baylon of the Archdiocese of Legazpi

Legazpi Bishop Joel Baylon on Sunday issued a pastoral letter declaring Monday as a Day of Prayer and Fasting as he called on all parish priests, religious, and lay faithful to offer prayers for the President and all government officials.

The pastoral letter, read in 47 parishes across the province during Sunday masses, has enjoined all the priests to offer Holy Masses on Monday for “peace, reconciliation and healing in our country.”

“Our nation will once again listen to President’s (Duterte) SONA, as Catholic citizens of this nation, let us pray that the light of the Holy Spirit and the Gospel be their guide in making decisions for the country,” Baylon said.

He reminded government leaders to keep in mind that public office is a public trust; that they must, at all times, be accountable to the people, serve them with utmost responsibility, integrity, loyalty and efficiency, act with patriotism and justice, and lead modest and exemplary lives.

“In the end, like all of us, they are accountable to God,” he said.

The prelate, in his pastoral letter, said the Catholic Church has been repeatedly accused of meddling in the politics and the business of the government as claimed  by lawyer Salvador Panelo, the Chief Presidential Legal Counsel.

According to Baylon, Panelo has recently accused the Catholic Bishops Conference of the Philippines (CBCP) of violating the doctrine on Separation of Church and State for “using its religious influence,” to pressure the Supreme Court to rule against the Anti-Terrorism Act.

“This accusation is false. It is never in the intentions of the leaders of the Catholic Church to put pressure on anyone or any branch of the government, we are simply exercising our moral duty to remind the highest court of the land to protect the citizens against anything in the newly signed law that might violate their human rights,” Bishop Baylon said.

“We are not enemies of the State. We are not anti-government. The church is in fact a great collaborator of the government especially amidst the COVID-19 (coronavirus disease) pandemic, during many calamities like typhoons, volcanic eruptions and other disasters,” he added.

Bishop Baylon said the church respects the mandates of government leaders to govern the country, but “we, as shepherds of the flock, also have to fulfill our pastoral duty of proclaiming the Gospel values and ensuring that human rights are not threatened and always respected.”