Some hospitals favored by PhilHealth – Lacson

MANILA, Philippines — Under a program to help hospitals deal with the pandemic, Philippine Health Insurance Corp. funneled more than P400 million to five hospitals in the Bicol Region and Eastern Visayas in record time even if some of them were unaccredited and only had one COVID-19 patient, Sen. Panfilo Lacson said on Saturday.

This would be one of the issues that the Senate would focus on during its forthcoming probe of allegations of irregularities in the state insurance company, said Lacson, who lamented that corruption seemed to have become the rule rather than the exception.

“The resolution that we are filing on Monday and the ensuing committee of the whole inquiry will show you how even the COVID-19 crisis has created more opportunities for systemic corruption in PhilHealth to flourish,” Lacson said in a text message. 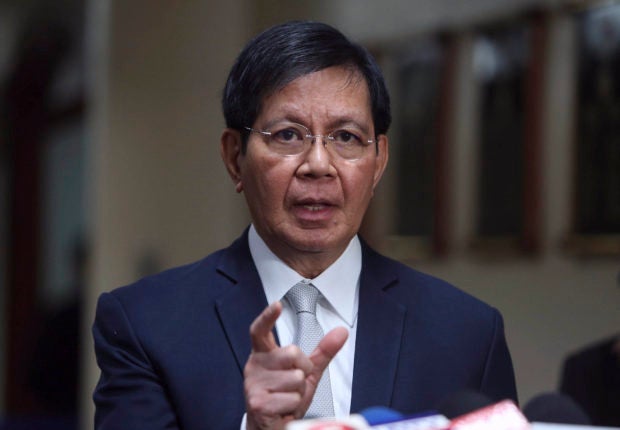 He said PhilHealth instituted a program called the Interim Reimbursement Mechanism (IRM) to provide substantial aid to eligible health-care institutions for the calamity-related expenses of hospitals such as during a typhoon or the Marawi siege. It issued an IRM circular just for the COVID-19 pandemic.

But the program instead benefited hospitals with few COVID-19 patients, Lacson said.

“This new malevolent scheme led to the release of hundreds of millions of pesos in record time of one or two weeks, to a few unaccredited hospitals that register only one COVID-19 patient,” he said.

He said a hospital in Catarman, Northern Samar province, and one in another province in Eastern Visayas, benefited from the quick release of funds.

“That and other mind-blowing controversies will be the focus of the Senate inquiry in the coming days when Congress resumes our second regular session,” he added.

Under the government’s health-care system, PhilHealth accredits hospitals and other medical facilities, which had undergone a process where their qualifications and capabilities are verified to be in accordance with its guidelines, standards and procedures.

Lacson noted that these five hospitals quickly received funds from PhilHealth, but those in areas handling many COVID-19 patients were still waiting to be paid.

“At the very least, this should be explained. They are unaccredited hospitals with only one COVID patient, why would they be given a big amount and so quickly, when there are many hospitals having a hard time collecting from PhilHealth?” he said in a separate interview with dwIZ radio.

“As long as the responsible officials are not made accountable for their misdeeds, PhilHealth will continue to bleed dry thus running the risk of becoming bankrupt sooner than we think,” Lacson said, adding that he believes there is a syndicate making money inside PhilHealth.

The Senate investigation of PhilHealth and a separate probe ordered by President Duterte were triggered by the resignation of Thorrsson Montes Keith, an antifraud legal officer for PhilHealth.

The lawyer cited “widespread corruption” in the agency as one of his reasons for quitting, which followed a heated discussion during an online meeting among PhilHealth officials last week.

Keith also said he opposed PhilHealth’s plan to collect contributions from overseas Filipino workers and complained about the supposedly unfair promotion process and delays in his pay after he began investigating PhilHealth officials.

PhilHealth president Ricardo Morales dismissed Keith as a “vengeful” employee after he was denied another job in the state-run corporation.

Senate President Vicente Sotto III said that even if that may be the case, it was important to find the truth behind Keith’s allegations.

“Regarding the issue that he is saying this out of vengeance, the question there is, is he telling the truth or not?” Sotto said also on dwIZ. “That is what you need to answer.”

Sotto said the squabble among the PhilHealth officials was a “blessing in disguise” because it helped uncover corruption. Not everyone in PhillHealth is bad, and only those involved in irregularities should be weeded out, he said.

Lacson said Health Secretary Francisco Duque III, who is PhilHealth board chair, was among the officials he planned to summon. He said he wanted to know why Duque, who has “command responsibility,” did not intervene during the online meeting that turned into a shouting match.

“This is what’s difficult. If you’re also facing allegations, how can you question them?” he said.

He cited earlier controversies where PhilHealth leased a building owned by Duque’s family, and contracts with the Department of Health obtained by a pharmaceutical company also owned by his family.

“If you have that kind of weakness, you won’t have moral ascendancy in the first place. Your underlings might get back at you, and say, why, are you the only one allowed to do it?” Lacson said.