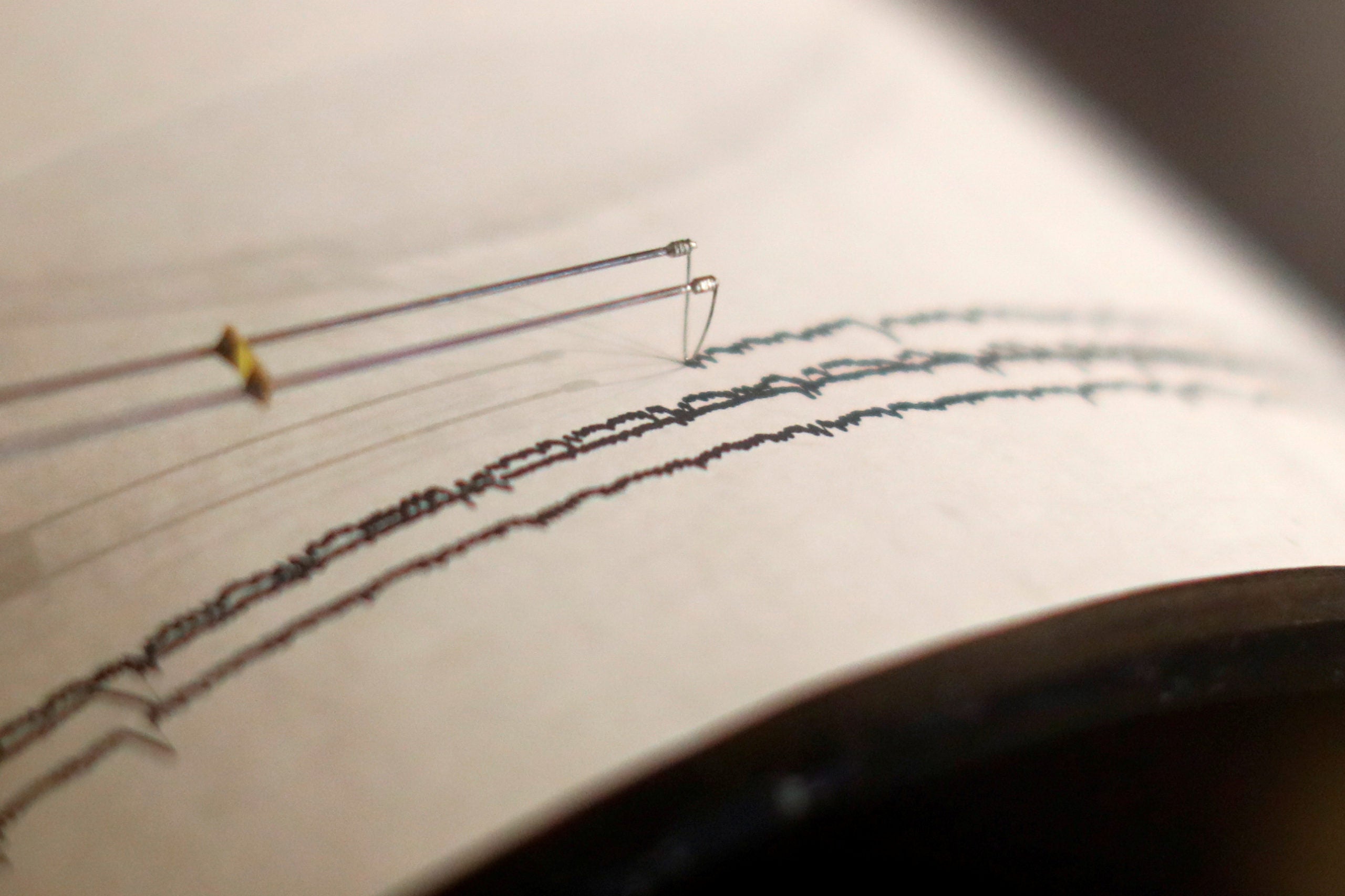 FILE PHOTO: A working seismograph is shown in a display about earthquakes during the Great ShakeOut Earthquake Drill at the Discovery Cube Science Center in Santa Ana, California, U.S. October 18, 2018. REUTERS/Mike Blake/File Photo

Vibrations travel through the earth like waves, creating seismic noise from earthquakes, volcanoes, wind and rivers as well as human actions such as travel and industry.

In the study, published in the journal Science and conducted using international seismometer networks, scientists found that human-linked earth vibrations dropped by an average of 50% between March and May this year.

“The 2020 seismic noise quiet period is the longest and most prominent global anthropogenic seismic noise reduction on record,” they wrote. The work was co-led by the Royal Observatory of Belgium and five other institutions using data from 268 monitoring stations in 117 countries.

Beginning in China in late January, and followed by Europe and the rest of the world in March to April, researchers saw “a wave of quietening” as worldwide lockdown measures to slow the coronavirus pandemic took hold.

Travel and tourism were all but halted, millions of schools and industries closed, and many people were confined to their homes.

The relative quiet allowed scientists to “listen in” in more detail on the earth’s natural vibrations, said Stephen Hicks, a seismologist at Imperial College London who co-led the work.

“It has yielded a new window on the natural seismic signals, and could let us see more clearly than ever what differentiates human and natural noise,” he said.

The study said its findings also showed that seismologists can help establish how long people take to react to the imposition and lifting of lockdown measures.

The largest drops in human-induced vibrations were seen in densely populated areas like Singapore and New York City, but drops were also seen in remote areas like Germany’s Black Forest and Rundu in Namibia. Barbados, where lockdown coincided with the tourist season, saw a 50% drop in seismic noise.