Priest who survived IS captivity dies

BALOI, Lanao del Norte, Philippines — Catholic priest Teresito Soganub, who survived as a captive of Islamic State (IS) terrorists for 117 days during the Marawi siege, died in his sleep on Wednesday in his hometown in Norala, South Cotabato province. He was 59.

“It is with great sadness that we make this announcement on behalf of the prelature of Marawi,” Marawi Bishop Edwin dela Peña posted on social media. Fr. Chito, he said, died of cardiac arrest, his body discovered after his house companions broke into his room when he failed to respond to their knocks. He was supposed to say Mass that morning. 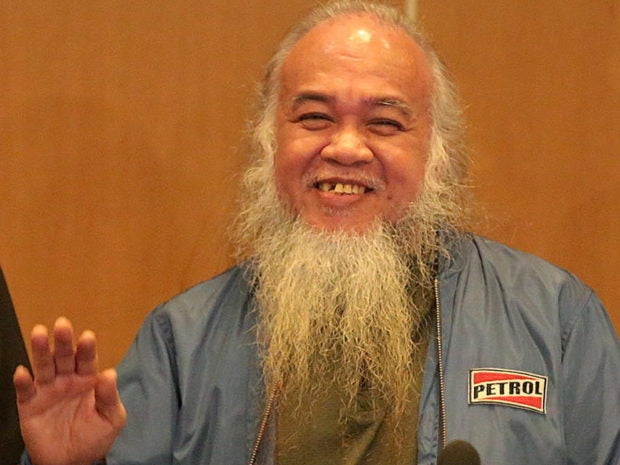 Soganub had been on leave from his duties with the Marawi prelature, where he was vicar general, to give him time to cope with the trauma of being held by militants who had laid siege on Marawi City in 2017.

Along with five lay companions in the prelature, Soganub was snatched by IS gunmen on May 23, 2017, and joined seven teachers from Dansalan College. Their number would grow to 120 as the war wore on. Most of the group were rescued by government forces on Sept. 26, 2017.

In their hideout, the hostages were ordered to help the militants assemble bombs, Soganub recalled. When military forces started closing in, they had to contend with air and artillery strikes, he said, adding that he counted “at least ten times” in a day having escaped death from a bullet, or bomb shrapnel.

“Seeing Isis fighters and fellow hostages get hit, struggle with serious wounds and eventually die was also daily fare. The daily sight of buildings [bombed to ruins] was a grim reminder of the devastating way we could [die],” Soganub said.

In a May 23 piece, the priest noted that many of the captives who survived the ordeal “still find it hard to return to work as the trauma would disturb our thoughts.”

During a 2018 Mass that paid tribute to persecuted Christians, Soganub said: “When you are a victim of persecution, it’s not only your eyes that will cry; [so will] your heart, your soul, your entire being because you don’t know what to do. You cannot do anything except to pray.”

At the time of his death, Soganub was board chair of the Iligan City-based peace building group Pakigdait (meaning Solidarity), which has pioneered grassroots interfaith processes in the Lanao provinces. —With reports from Tina Santos, Edwin Fernandez, Jeoffrey Maitem AND Richel Umel

Read Next
Vaccine being developed at Oxford to be available at cost price
EDITORS' PICK
Pre-order the new vivo Y20s [G] to get a free TWS earphone
PH biotech firm, pharma group eye clinical trials for ivermectin use against COVID-19
Speed up your game with the new vivo Y20s [G]
NCMH adds 900 beds for mild COVID-19 patients
Pru Life UK receives four golden arrows for solid corporate governance
WHO says not to use ivermectin on COVID-19 patients
MOST READ
Stop ‘creeping occupation’ of ‘militia’ boats in WPS, Pacquiao asks China
Bea Alonzo clarifies status of her relationship with Dominic Roque
Convicted former aide of Sen. Bong Revilla dies — BuCor
Locsin to China: ‘Then move out’
Don't miss out on the latest news and information.