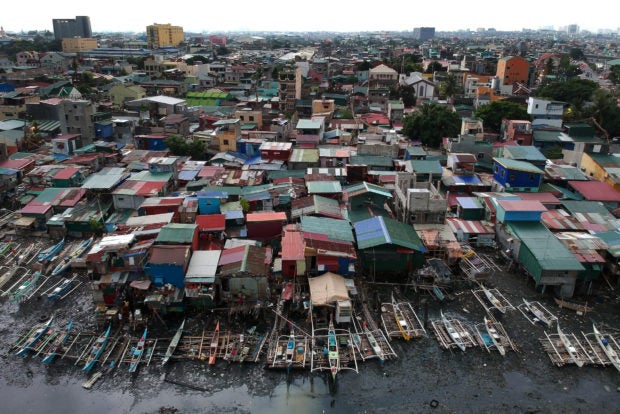 NO FISHING Boats are docked at the shoreline of Navotas City as residents are banned from going out of their houses until July 29 due to the rising number of coronavirus cases. —GRIG C. MONTEGRANDE

MANILA, Philippines — Almost a week into the 14-day Navotas-wide lockdown to contain the spread of the coronavirus, there have been complaints from some residents about the lack of aid, abusive law enforcers and the inconsistent implementation of quarantine protocols.

A resident of Barangay Tangos North who is an online fish vendor said it has been hard to earn a living during the lockdown since the local government has required them to get a permit from the Department of Trade and Industry (DTI) that allows their rider to deliver goods.

However, because of the sudden increase in the number of applications, Mayor Toby Tiangco said that only DTI permits issued before the lockdown that began on July 16 would be honored by local policemen. Riders caught without a valid permit would be fined P1,000.

“It has been very difficult for us because we can no longer earn, yet we are asked to pay a fine. We were also not given any relief goods or any aid,” said the resident who asked for anonymity for fear of reprisals.

Reached for comment, Tiangco said the police had been told to honor only DTI permits issued before July 16, adding that legitimate online sellers should have secured a permit even before the start of the lockdown.

When Tiangco announced the lockdown last week, he clarified that there would be no relief goods for residents since they would be allowed to work or go out to buy food.

But Jay Vee Macalinao, a resident of Barangay San Jose, said that because they had to follow a schedule for going out of their house and the different markets in the city were open only on certain days, their access to basic necessities was limited. In his case, the area where he lives is closer to the market in Barangay Sipac-Almacen so he prefers to buy food there.

“But Sipac-Almacen [follows a] different market schedule, so when we San Jose residents go there, the market is closed,” Macalinao told the Inquirer in a phone interview.

He also noted that policemen manning checkpoints would strictly screen the documents of motorcycle drivers and bikers but just wave through those on bigger vehicles.

As of Tuesday afternoon, 2,659 residents had been apprehended for violating quarantine protocols that were being enforced by the local police with the help of 348 additional policemen and soldiers earlier deployed to the city.

A resident, however, claimed that a policeman punched one of her neighbors, a 15-year-old boy, who was caught outside his house on Monday morning.

The resident, who asked for anonymity, said the teenager was asked to eat six pieces of chili as “punishment.”

“The boy allegedly ran away but that should not be a reason for them to hurt him,” she said, adding that Police Col. Rolando Balasabas, Navotas police chief, had received a report about the incident and vowed to investigate. Tiangco also said he would refer the matter to Balasabas.