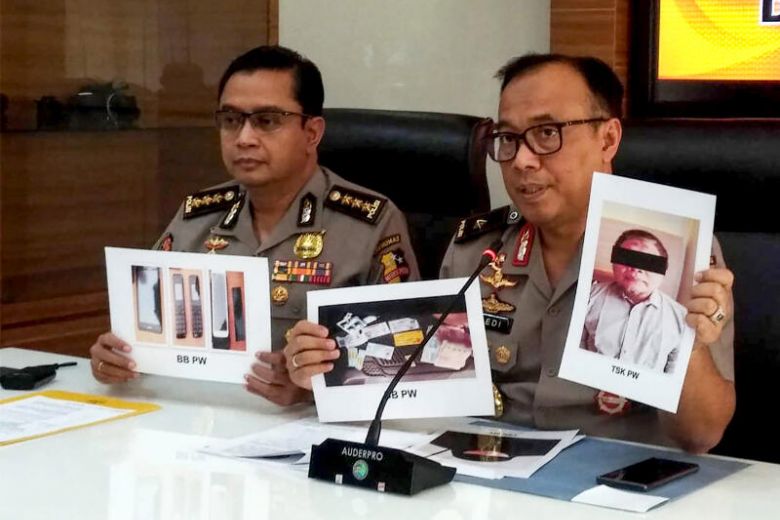 JAKARTA — The top leader of Southeast Asian terror group Jemaah Islamiah (JI) was sentenced to seven years’ jail on Monday (July 20) by an Indonesian court for inciting others to commit an act of terrorism.

Prosecutors said he was instrumental in recruiting, training and raising funds for Indonesian militants who went to Syria between 2012 and 2018 to fight alongside those opposed to the regime of President Bashar al-Assad.

He and his wife were arrested on the outskirts of Jakarta in July 2019.

“The defendant purposely incited others to commit terrorism,” presiding judge Alex Adam Faisal said at a hearing room at East Jakarta district court. Wijayanto was not in court for the verdict and followed proceedings through video conference from a lock-up at the Jakarta police station.

The judge, who described Wijayanto as being educated, knowledgeable and having good communication skills, stressed that JI was banned by the Indonesian government.

The JI network, which is affiliated to terror group Al-Qaeda, was behind the most deadly terror attack in the country – the Bali bombings in 2002 which killed more than 200 people, many of whom were foreigners.

Prosecutors said Wijayanto, who is also known as Abu Faiz, sent two fellow militants, Patria and Askary, to Syria in 2012 to establish contact with the Free Syrian Army and Jabhat al-Nusra, a terror organisation fighting government forces in the Syrian civil war. Both militants were tasked with evaluating and mapping out possible routes for other Indonesian militants to travel to Syria. It is not known how many Indonesian militants were eventually sent to the war-torn country.

The objective, said prosecutors, was for those militants to eventually return to Indonesia and use their battle experience to establish an Islamic state at home.

“The defendant… had wished to proclaim an Islamic state based on syariah law in a region where the people accept Islam as the national principle… and to expand the territory worldwide… and to free any country under control of infidels,” the indictment read. “With such a plan, JI would some day want to create chaos in Indonesia that would in turn induce fear and insecurity among the general public.”

Police believe the JI has been reconstituted and are calling it “Neo-JI” as it goes about recruiting members to achieve its aim of setting up a caliphate in Indonesia, former police spokesman Dedi Prasetyo said in 2019.

Security agencies say the original JI was decimated in Indonesia following a series of operations, but counter-terrorism experts have warned that young militants are continuing to be recruited and the terror network may have expanded in the country to a 2,000-strong force. The “Neo-JI” term was coined by the police to describe this new threat.

Under Wijayanto’s leadership, JI was active in courting local clerics and was setting up Islamic boarding schools. It was also running businesses to raise funds while providing entrepreneurship training for members.